Aziz is a term, which has varied of meanings. It is the adjective of the verb Azz that means strength and protect from humiliation. “Azz” somebody over the other means “favoring” somebody over the other. Something “Azz” for me, mean something became difficult for me to conquer. To “Aazz” means make it strong, firm and dignified. Thus, Aziz is one of the names or characteristics of Allah, the Almighty. It means the conquer who can’t be defeated. It is a name which contains many adjectives and characteristics

such as strength, ability and conquers as well as the capability to do everything.

And this strength is clear in many holly quranic verses as His –to whom belongs might and majesty- saying: “They are those who have been expelled from their homes in defiance of right,- (for no cause) except that they say, “Our Lord Allah” Did not Allah check one set of people by means of another, there would surely have been pulled down monasteries, churches, synagogues and mosques, in which the name of Allah is commemorated in abundant measure. Allah will certainly aid those who aid His (cause); for verily Allah is full of strength, exalted in might, (Able to enforce His will” (Al Hajj – verse 40)
He, Allah, the almighty, by His strength, protects the worshipping establishments from getting destroyed and by His power, He supports whom He wants to support and nothing can stand in his way in this regard as He has unparalleled power and strengths. As He –to whom belongs might and majesty- said: “O men! Here is a parable set forth! Listen to it! Those, on whom, besides Allah, ye call, cannot create (even) a fly, if they all met together for the purpose! And if the fly should snatch away anything from them, they would have no power to release it from the fly. Feeble are those who petition and those whom they petition! They do not have right estimate of Allah, for Allah is powerful and mighty” (Al Hajj – verses 73-74)
He –to whom belongs might and majesty- told us that false gods can’t create a home fly even if they work collaborate together and if the home-fly eats something from their food they can’t regain it. He, Allah is the creator of this home fly. Thus, His power & strength stands in a sharp contrast to the weakness of false gods. Therefore, the power and strength of Allah can’t be defeated, however, His power and strength are not based of injustice, because He never oppresses or commits injustice. It is a power and strength which are based of knowledge which, on its turn, is characterized by wisdom. Therefore, they are far from being source of injustice or oppression.
So that He said: “And if Allah had wished, He could have put you into difficulties: He is indeed exalted in power, wise” (Al Baqarah – verse 220). And His saying: “(In any case) there is no victory except from Allah, the Exalted, the wise” (Aali-Imran – verse 126) And His saying: “But Allah hath done it: for He is Exalted in might, wise” (Al Anfal – verse 63) And is described as the mercy as He said: “And put thy trust on the Exalted in might, the merciful, who seeth thee standing forth 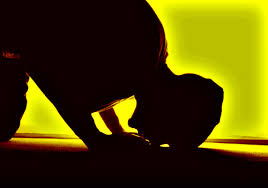 (in prayer)” (Ash-shuraa – verses 217,218) Also He said: “Except such as receive Allah’s mercy: for He is exalted in might, most merciful” (Al-Dukhaan – verse 42)
And is described as the forgiveness, as He said: “The Lord of the heavens and the earth, and all between, Exalted in might, ever forgiving” (Saad – verse 66)
And as He said: “(to His law): each one follows a course for a time appointed. Is not He the Exalted in power- He who forgives again and again” (Az-Zumar – verse 5)
We, the worshipers of Allah, supplicate His to supplement our dignity, strength and power. That He said: “But forgive us, our Lord! For thou art the Exalted in might, the wise” (Al-Mumtahina – verse 5)