AMERICA AND THE WORLD

Conversations on the Future of American Foreign Policy
By Zbigniew Brzezinski and Brent Scowcroft. Moderated by David Ignatius

In August 2002 Mr. Scowcroft warned that a “virtual go-it-alone strategy against Iraq” would 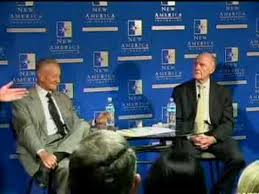