Protests are stretching across the waters.

Egyptian sympathizers are buying Wisconsin protesters pizza, according to Politico.

In fact, the pizzeria, Ian’s on State Street in Madison, has been busy filling orders from 12 countries and 38 US states. 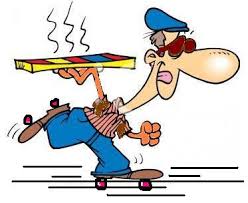 They have been supplying slices to protesters at the State Capitol as they protest against a GOP move to cut the pay and union rights of Wisconsin workers.

The now international movement which has been fanned by Ian’s Twitter and Facebook posts, has erupted and forced the shop to tweet people to stop ordering last night and save the pizza requests until 11 am the next day.

On Saturday, the Ian’s delivered over 300 pizzas to the Capitol, compliments of Egypt, Finland, Korea, Germany, Turkey, Canada, and other far-off countries and locations. Source

← How One Teen Remembered Allah and Turned her Life Around
Orthopaedic Prayer Mat! →