How One Teen Remembered Allah and Turned her Life Around

As most people do, I turned to Allah and Islam during the hard times of my life. It’s a sad fact of life. When times are happy and life is good, no one feels obliged to turn towards his or her Deen (religion). It’s all about living the moment. 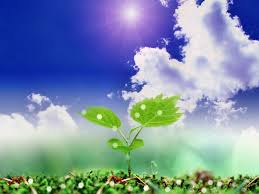 After I had turned towards Allah, I approached a friend in a very casual manner, trying to encourage her to also turn towards Islam. Her reply chilled my blood. “Right now, my life is good, I’m happy and I don’t need any change.”

I thought to myself, better bite your tongue. I wanted to shake her and say, “Would you really want some tragic event to happen before waking up to Islam?” Obviously no one in his or her right mind would want to do so, but subconsciously, I feel everyone does.

I was no exception to that. I was on the brink of depression, as a result of a series of events that happened. Now looking back at it, it wasn’t much, but being a teenager who had lost her sense of identity and purpose in life, it was the monster of all crises.

I had been separated from my best friends, snatched up away from my life and replaced in a place I had once called home. It was hard, and I was suffering. I used to find comfort, lying awake at night and staring at the stars, amazed at the fact that these were the same stars I stared at when I lived on the other side of the world.

My family, Alhamdulillah (All Praise be to Allah), had all changed towards Islam in the past years. No one forced me to wear Hijab, and I didn’t simply because I thought I wasn’t ready. They did, however, expect me to dress modestly and most importantly offer my daily prayers.

My aunt used to take me to these classes held nearby, and I went when I could. I was in pain and I didn’t quite understand why. And it happened so that the particular topic at that class I had attended was on why pain and suffering happens. The teacher said that we are put through hard times as a test, to see how we cope with it. To see if we will turn towards Siratul Mustaqeem (the Straight Path), or away from it.

It was that day that I learned that every bit of pain we endure, both emotional and physical, alleviates us from our punishments in the hereafter. It was then that I started truly understanding the ways of Allah, how everything that happens has a purpose and that I was supposed to learn from that.

It’s been almost two and a half years since that period of my life. It took me a year and a half to actually start changing. I knew Islam, but I did not practice it the way a Muslim is supposed to. I thought I was happy, but deep down inside I knew that I was not.

I was a hypocrite, and as much as I tried denying it, I could not. It sank in and I accepted it and prayed that I find the right way. My conscience was not dead, but I had muted it. Before, I used to get the urge to start Hijab, yet I used to fight it. I performed Umra and I prayed continuously that the next time my conscience spoke to me, I would not only listen to it, but I would amplify it so that I could not ignore it.

Last Ramadan, late one night, Hijab got on my conscience and would not go away. I told myself that I was not ready, that there were many strings attached that I may not be able to fulfil, but with the right words from supportive friends I told myself that if I didn’t start now, I would never start. And I believed that 200%. So I no longer had any excuse for not doing Hijab. So Allhumdulilah, I finally put on my Hijab on December 31st, 1999 at the age of 18, and have been wearing it ever since.

After a month or so, I realized that Hijab was not as big a deal as I had thought. It was not difficult in the least. To this day there has never been a moment that I regretted Hijab, and for that I am so grateful, Alhamdulillah. I immediately found many friends who also wear Hijab. These friends and my family were the greatest strength for my new found Iman (faith).

I occupied myself with more Masjid-oriented activities and attended more classes to increase my knowledge of our religion. I am grateful that I put my foot down and decided to start Hijab then, because had I not, who knows how long it would have taken for me to start.

How do I remember Allah and His magnificent ways?

When I step outside and marvel at the beauty of nature. When I stop to play with a baby and see how perplexing, yet perfect, the precious cycle of life is. When I go out and people stop to say As-Salaam-Wa-Alaikum to me. When I study the Qur’an and the Hadeeth of our beautiful Prophet Muhammad (peace and blessings be upon him) and how perfectly and completely it incorporates our lives and faith. When I pass by my fellow sisters in Islam adorned proudly and confidently in their Hijabs. Everything reminds me of Allah, and I can feel my love for Him, our Prophet, and our religion grow by the day.