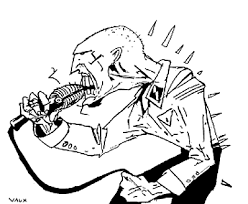 Irvine, California (March 3, 2011) – Hateful protests recently held against the Islamic Circle of North America (ICNA) Relief fundraising dinner shed light on growing Islamophobia in our country and the participation of elected officials in this frightening trend.

ICNA was established in 1968, and through ICNA Relief we have launched numerous projects to assist struggling

populations in the United States. Our social services include hunger prevention, disaster response and relief, women’s housing and family counseling, as well as emergency financial aid and funeral/burial assistance. We have teamed with the Federal Emergency Management Agency (FEMA), the American Red Cross, NECHAMA and other relief agencies and consistently work to bring aid to those in need. Our annual dinner last week in Yorba Linda was a means to further our local efforts and raise funds to fight homelessness and abuse.

As American Muslims, we have witnessed a rise in Islamophobia and its devastating repercussions across the nation, with mosques and homes being vandalized, Muslims being physically attacked, and the American Muslim community being

subjected to Congressional hearings a la McCarthy—blatant acts of hate rooted in anti-Islamic sentiment. Islamophobia has undermined the values binding us together as Americans—freedom, liberty, justice and equality. From Temecula to Murfreesboro to New York City, the manifestation of this fear has become increasingly apparent. MORE

(ANAHEIM, CA, 3/2/11) – The Greater Los Angeles Area office of the Council on American-Islamic Relations (CAIR-LA) today released a video of a rally organized by anti-Muslim bigots to protest a February fundraising event held by an American Muslim relief group for relief work and charity in the U.S.

A few hundred protesters showed up to the rally, which was sponsored by groups such as: “We Surround Them OC 912? (a local Tea Party group), Rabbi David Eliezrie of Chabad — Yorba Linda, North Orange County Conservative Coalition, ACT! for America, and Pamela Geller (whose group “Stop the Islamization of America” has been designated as a hate group by the Southern Poverty Law Center).

In a statement, CAIR-LA said:

“We support the First Amendment right of protestors anywhere in America to voice their concerns, dissent, and even hatred. However, when our nation’s foundational values of inclusiveness, pluralism and equality are attacked by some in favor of calls for advocating hate and violence, then all Americans have a responsibility to challenge and expose such bigotry and those who enable it.

“As the video shows, the rhetoric of the protesters became increasingly venomous toward the families and children who came to attend the ICNA fundraising dinner. Protesters shouted invective statements such as “Go home terrorist,” “Muhammad is a pervert, Muhammad is a child molester,” “Go home and beat your wife, she needs a good beating” at the event-goers.

“Even more disturbing was the participation and encouragement of elected officials in promoting the hateful protest rally. Villa Park Councilwoman, Deborah Pauly, while addressing the crowd at the rally, appeared to threaten Muslim event-goers. Congressman Ed Royce (R-40), in a troubling trend of disparaging Islam and its followers, added fuel to the fire by encouraging protesters to continue on with their hate-mongering. The attendance of Congressman Gary Miller (R-42) was a clear surprise, since he previously has engaged with all constituents, including Muslims, toward a better America.

“We strongly urge all elected officials in attendance to distance themselves from such an exhibition of hate and bigotry. We further ask residents and elected officials of Yorba Linda, Orange County and other parts of our nation to speak out against such hateful rhetoric and the continued Islamophobia that plagues our nation.”