Commentary on The Hadith Pertaining to Changing Munkar (Evil)

Abu Sa”id al-Khudri, may Allah be pleased with him, reported that the Messenger of Allah had said:
“Whoever amongst you sees anything objectionable, let him change it with his hand, if he is not able, then with his tongue, and if he is not even able to do so, then with his heart, and the latter is the weakest form of faith.”[1]

This Hadith was also transmitted in another form on the authority of ‘Abdullah bin Mas’ud who narrated that the Messenger of Allah  said:

On the authority of ‘Ali Ibn Abi Talib, may Allah be pleased with him, who said: “I heard the Messenger of Allah say: “There shall be much tumult after me and, in such times, a believer will not be able to change anything (Munkar) with his hand or his tongue.”I said: “O Messenger of Allah, what should they do then?” He said: “They should denounce it with their hearts?”I said: “0 Messenger of Allah, will this make them any less believers?” He (SAW) said: “No. Only as much as a few drops effect a reservoir of clear water.”

These Hadiths, and others, convey a similar message and show that the obligation to denounce and change Evil (Munkar) is conditional on the ability to do so, while disapproving of it with the heart is a must for all Muslims regardless of ability; for the heart that does not deny Munkar is a heart that has lost all faith.

Bin Mas’ud, may Allah be pleased with him, once heard a man say: “He who does not enjoin good and forbid evil is doomed to perish.” Ibn Mas’ud said: “He shall perish whose heart does not recognize good and evil.” This indicates that to differentiate between good and evil with the heart is an obligation binding on every Muslim, and that he who does not recognize them is doomed; while to show disapproval of evil and attempt to change it with the hand or tongue is only a 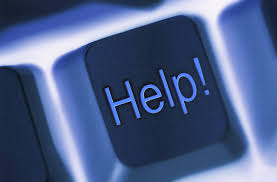 binding obligation for those Muslims capable of doing so.

Bin Mas’ud, may Allah be pleased with him, said:

“Those of you who live on (after me) will almost reach a stage when all they would be able to do towards evil that Allah would know from their hearts that they detest it.”

To accept sins is the most hideous of all prohibitions, it is the antithesis of disapproving with the heart.

Showing disapproval with the hands and tongue is dependent on the ability to do so, as mentioned above. Abi Bakr as-Siddiq, may Allah be pleased with him, narrated that the Prophet  said:

“There are no people in whose midst sins are committed, and they do not change this situation although it is in their powers to do so, except that Allah will be near to overtaking them all with His punishment.”[4]

Abu Sai’d, may Allah be pleased with him, narrated that the Prophet   said in a sermon: “Verily, fear of people should not stop a man from speaking out the truth he knows.”Upon hearing this, Abu Sai’d wept and said: “By Allah, we have seen things (for which we should have spoken out the truth) but we were silenced by fear (of people).”[5]

Imam Ahmad also narrated the same Hadith with an addition: “It does not bring death nearer nor pushes earnings farther to speak the truth or remind a powerful man of it.”[6]

The Prophet”s   saying about disapproving with the heart only, that “it is the weakest form of faith”, indicates that enjoining good and forbidding evil is one of the aspects of faith. And his saying   “whoever amongst you sees anything objectionable” indicates that disapproving is conditional on seeing. If the objectionable thing was hidden from sight and the believer only learned of it indirectly, he must neither deal with it nor go searching for it if he suspects its existence.

These reasons are:
Aspiring for Allah’s reward for doing so.
Fearing Allah’s punishment for neglecting this duty.
Experiencing rage due to transgressions of bounds and prohibitions laid down by Allah.
Wishing well for the believers, feeling compassion and mercy towards them, and hoping to save them from Allah’s punishment and wrath in this life and the Hereafter for the wrongs they had allowed themselves to commit.
Exaltation of Allah, glorifying and loving Him. He is entitled to be obeyed, never to be disobeyed; remembered, never forgotten; that life and wealth be sacrificed to safeguard his bounds against transgression. Some of our predecessors used to say: “I wish that all creation would obey Allah, even if the price for this would be that my flesh is torn apart with clippers.”
Abdul-Malik Ibn Omar Ibn Abdul-Aziz used to say to his father: “I wish that we would be boiled in a cooking pot if this would please Allah.”

5 Reported by Tirmidhi and Ibn Majah.