The Mormon shift from polygamy to monogamy in the 1800s reduced sexual pressures on men by more than half, according to a new study.

“The more wives a woman’s husband has, the fewer children she is going to have personally,” study author Michael 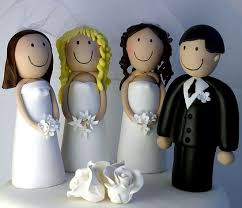 Wade, a biologist at Indiana University Bloomington, told LiveScience. “That’s interesting, and evolutionary biologists would say then that polygamy is good for males and maybe not so good for females.”

Wade and his colleagues reported their findings in the March issue of the journal Evolution and Human Behavior.

Mormons make an excellent test case for evolutionary biologists for two reasons, Wade said. First, they keep precise genealogical records. Second, Mormons are a rare example of a group of people who changed their mating practices. In 1862, Congress made polygamy illegal in U.S. territories, including the Mormon stronghold of Utah. In 1890, the Mormon church issued a declaration ending the practice. Of married Utah men born in 1833, almost 18 percent had multiple wives, Wade and his colleagues estimate. By a few decades later, less than 1 percent of married men were in polygamous relationships.

“Here with this single population there’s a change, an externally driven change, in the system of mating from polygamous to monogamous,” Wade said. “And even better, nothing else changes. They don’t change their lifestyle, they don’t change what they eat, or where they live.”

The researchers decided to find out how the change affected the evolutionary pressures on Mormon men and women, particularly sexual selection, in which there is competition between males (or females) to win a mate. It’s this pressure that explains a male peacock’s glitzy tail. Polygamy exacerbates such sexual selection. After all, for every man with five wives, there are four men with no wives at all. Thus, the multiple-wife system separates men into those with huge amounts of offspring and those with no children at all.

“The bigger that difference, the stronger selection is,” Wade said.

To measure selection, the researchers pulled genealogical data on almost 150,000 men and women born between 1830 and 1894 and almost 635,000 of their offspring from the Utah Population Database — a sample size 18 times larger than those of all previous studies on the topic combined. The researchers used U.S. Census Bureau data to round out their estimates of the number of people who never had children. They also corrected for “serial monogamists,” or people who had been widowed and remarried, but weren’t involved in polygamous relationships.

Unsurprisingly, the men who acquired lots of wives also produced more children. For each additional spouse, a man could expect about six more kids. Each wife in the relationship could expect to produce an average of one fewer child for every additional wife.

When polygamy was outlawed, the reproductive gap between successful polygamous men and wife-less singletons plummeted by 58 percent, the researchers found.

That’s no surprise, said Henry Harpending, a professor of anthropology at the University of Utah, who was not involved in the research. Historical Mormons are particularly interesting to study, Harpending told LiveScience, because there is little question as to the paternity of offspring. In other polygamous cultures, Harpending said, marriage doesn’t always mean sexual exclusivity, making similar studies difficult.

“This is the best that this has ever been done, and it’s very impressive,” Harpending said of the study. However, he cautioned, the variation in reproductive success seen in the Mormon population doesn’t necessarily mean that evolutionary selection is taking place.

There are also alternative explanations beside selection to explain findings like the cost of extra wives for women, Harpending said. Perhaps those women’s husbands are older and less fertile, or perhaps they’d previously been widowed and had thus missed a potentially fertile year, he said.

“What I’d like to see done is life histories of women, so we could ask, ‘What’s the effect of being widowed?’ ‘What is the per-year birth rate for a woman, age-corrected and correct for husband’s age?'” Harpending said. “There are so many questions.”
The change closed the reproductive gap between men with many wives and men with none. It also brought men’s competition for wives in line with wives’ competition for husbands.

The research also revealed that while polygamous men had dozens of children, the practice of having multiple wives (and thus sexual partners) had the opposite effect on women: For every wife added to the fold, the average number of children per wife dropped by one. source

← Community Program
Poll Result: How Long Should a Speech Be (Jumu’ah Khutbah) ? →