OAKLAND, Calif., March 11 (Reuters) – The tsunami generated by a massive earthquake in Japan could reach 6 feet (2 metres) when it hits parts of the northern California coast and force some evacuations, a state emergency agency spokesman said.

In Hawaii, the first signs of a tsunami began to appear, as waves steadily rose over southern beaches on the island of Oahu. The initial waves in Hawaii appeared to have caused no damage.

The massive 8.9 magnitude quake in Japan triggered tsunami warnings for most of the Pacific basin, including northern

“It is very possible there may be some evacuations here,” California Emergency Management Agency spokesman Jordan Scott said by telephone, adding that the far northern California area near the Oregon border was most likely to see big waves.

In Hawaii, some 3,800 miles (6,200 km) from Japan, the main airports on at least three of the major islands — Maui, Kauai and the Big Island of Hawaii — were shut down as a precaution, and the U.S. Navy ordered all warships in Pearl Harbor to remain in port to support rescue missions as needed.

Authorities also ordered evacuations from low-lying areas on the U.S. island territory of Guam in the western Pacific, but the tsunami warning there was lifted several hours later and roads there were reopened.

The Pacific Tsunami Warning Center in Honolulu said the tsunami warning was posted from Mexico down the Pacific coast of South America. The advisory was later extended to a stretch of the U.S. West Coast from Point Conception, California, north through Oregon.

President Barack Obama, a native of Hawaii, was notified of the massive Japanese quake at 4 a.m./0900 GMT and instructed the Federal Emergency Management Agency to be prepared to affected U.S. states and territories, the White House said.

The quake off Japan’s northeast coast was the biggest in 140 years and triggered tsunami waves of up to 30 feet (10 metres) that swept across farmland, carrying away homes, crops, vehicles and triggering fires. [ID:nL3E7EB0MF]

On Easter Island, a Chilean territory in the South Pacific, authorities planned to move residents to higher ground hours before a possible tsunami was expected to reach the volcanic isle on Friday afternoon.

Chilean President Sebastian Pinera, whose country was hit by a devastating 8.8 magnitude quake and ensuing tsunamis that killed more than 500 people a year ago, called on Chileans to remain alert, but to continue with their daily routines. (For a FACTBOX on the tsunami around the Americas, see [ID:N11232663] and for full coverage of the quake and tsunami see [ID:nL3E7EB0V5]) (Additional reporting by Suzanne Roig and Jorene Barut in Honolulu, Peter Henderson in San Francisco and Simon Gardner in Santiago; writing by Steve Gorman andFrances Kerry; editing by Anthony Boadle) Article source

The U.S. West Coast is under a tsunami watch following an 8.9-magnitude earthquake off 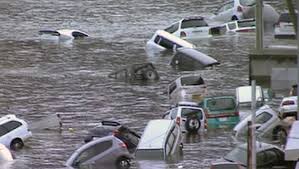 The West Coast and Alaska Tsunami Warning Center says a watch is in effect for Alaska, Washington, Oregon, California and British Columbia.

The center says people in coastal communities should be on alert and prepare for possible evacuation.

A watch can be upgraded to a warning if there are destructive waves or canceled if there’s no further threat to the area.

LONDON (MarketWatch) — Hawaii and the U.S. West Coast are bracing for tsunamis after a massive earthquake struck off the coast of Japan. 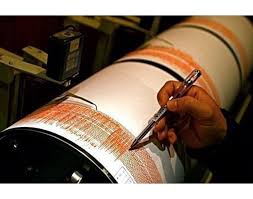 Residents of the coastal areas of the state of Hawaii have been ordered to evacuate in expectation of a severe tsunami, triggered by the 8.9-magnitude quake. Read more about the earthquake in Japan.

The Pacific Tsunami Warning Center estimated on its website that the first tsunami wave would arrive in Hawaii around 3:00 a.m. Hawaii-Aleutian Standard time on Friday, or just after 8:00 a.m. Eastern time.

Separate warnings were issued covering the coastal areas of California and Oregon from Point Concepcion, California, to the Oregon-Washington border.

Another warning covers areas of Alaska from Amchitka Pass to Attu.

A tsunami warning means that all coastal residents in the warning area who are near the beach or in low-lying regions should move immediately inland to higher ground.

Wave heights are difficult to forecast and are amplified by irregular shoreline, the West Coast and Alaska Tsunami Warning Center said in an alert. Forecast amplitudes above sea level varied from around 10 centimeters to as much as 2.5 meters (around 8 feet).

Waves are expected to peak between two and three hours after their initial arrival along the North American coast.

Lower level tsunami advisories are also in effect for the rest of the California coast, as well as coastal areas of Washington, British Columbia and Alaska.

Alerts have also been issued for many other countries, including Australia, New Zealand and the West Coast of South America. Article source