NEW YORK (By Michelle Nichols) – Bill Gates didn’t lose his title as the world’s richest man last year; he gave it away by plowing billions into his charitable foundation, experts say.

Forbes will release its 2011 billionaires list on Wednesday and Gates, investor Warren Buffett and last year’s richest man, Mexican tycoon Carlos Slim, will almost certainly be in the top three. The trio have topped the list for the past five 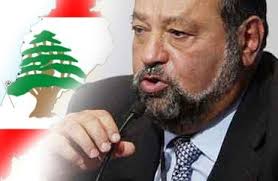 But it would be no contest if Microsoft co-founder Gates had not already given away more than a third of his wealth to the Bill and Melinda Gates Foundation, which focuses on global health and development and U.S. education.

“It wouldn’t be a competition,” said David Lincoln, director of global valuations at wealth research firm Wealth-X. “(Gates) would have a comfortable margin if he had never discovered philanthropy.”

Lincoln said Gates was currently worth about $49 billion, behind Slim, whose fortune he estimated at $60 billion. Buffett, also a philanthropist, is now worth some $47 billion.

But had Gates not given away any money, he would be worth $88 billion, Lincoln said.
Gates and his wife Melinda have so far given $28 billion to their foundation, the largest in the United States.

Forbes’ 2010 billionaires list put Gates’ fortune at $53 billion, but he was knocked into second spot by Slim’s $53.5 billion, losing the crown for only the second time since 1995.

Slim has said businessmen do more good by creating jobs and wealth through investment, “not by being Santa

Claus,” and while he has still pledged several billion dollars to charity, his efforts have been a fraction of Gates’ philanthropy. 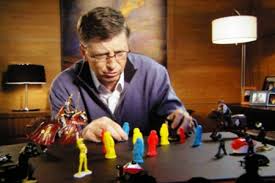 Buffett, who Forbes ranked as the third richest man in the world last year with $47 billion, has also pledged almost all of his fortune to the Gates Foundation and has given $8 billion to the organization since 2006.

But Buffett’s Berkshire Hathaway Inc has fared better than Gates’ Microsoft. Microsoft shares now trade about where they were a decade ago, while Berkshire shares have roughly doubled. Since the end of 2009, Microsoft shares have fallen 16 percent, while Berkshire shares are up 29 percent. Slim’s major companies, which include Mexico’s former state telecoms monopoly Telmex, have also seen gains in their stock prices.

Gates and Buffett have joined forces to encourage other billionaires to publicly pledge to give away at least 50 percent of their wealth during their lifetimes or upon their death as part of a campaign called The Giving Pledge.
Glen Macdonald, president of the Wealth and Giving Forum, said Gates’ philanthropy had influenced the way other rich people in the United States approach their own philanthropy.

But Macdonald, whose group has advised 600 wealthy U.S. families on their philanthropy, disagrees with the public nature of The Giving Pledge, which requires billionaires to release a letter explaining their intentions.

So far 59 billionaires have joined The Giving Pledge, publishing their letter at www.givingpledge.org. The campaign does not accept any money nor tell people how to give away their wealth, it just asks for a moral commitment.

Paul Schervish, director of the Center on Wealth and Philanthropy at Boston College, said Gates’ influence had been “dramatic” and likened philanthropy to a gem, saying Gates was “changing the facets by learning and teaching others.”

“He would be the first to admit that he is not the origin of the movement, of all the ideas in the movement, for which he is a leader,” Schervish said.

“One of the things we’re dramatically finding is (many more) people beginning foundations and endowing them at higher levels while they are still alive,” he said. source

Note:   On the authority of Anas bin Malik, may Allah be pleased with him, who narrated that Allah’s Messenger, peace and blessings be upon him, said, “If the son of Adam had a valley full of gold, he would love to have two valleys, for nothing fills his mouth except dust. And Allah forgives him who repents.” [Sahih Bukhari, Volume 8 Book 76 Number 447]