“O You who believe! Have taqwa with Allah, and be among the truthful.” (Surat al- Tawbah:119)

Many people understand truthfulness to mean truthfulness of the tongue through speech alone. In reality, truthfulness is a vast curriculum. It is as much one of the characteristics of the Muslim’s personality both outward and inward, as it is his speech and action. From it are the following:

A. Truthfulness in conveying the Religion: That is, one must profess the correct belief built upon truthfulness with Allah Azza wa Jall, not upon hypocrisy, deceit and patronization. This is why truthfulness is mentioned in the Qur’an as the opposite of hypocrisy.“That Allah may reward the truthful for their truth, and punish the hypocrites if He wills, or turn mercifully towards them…” (Surat al-Ahzaab:64). Therefore, it is necessary to posses the outward Islam with the inward Imaan; it is necessary to have the correct belief in Allah, the Last Day, the Angels, the Books, and the Messengers. The outward guidance must conform to the inward guidance.

Here, is one of the hidden plots of shaytaan who inspires the daa`iya to neglect some of the outward good deeds under the pretense that his inner reality is not the same. So he avoids this in order to avoid deceiving the people! This is a huge mistake. The good deed which you perform outwardly is so because of the righteousness and truthfulness in your heart as long as you do not do it for riyaa’ [show], reputation or in order to deceive the believers.

B. Truthfulness in speech: Truthfulness in speech expresses a dignified personality, manhood, insight and generosity. No one would resort to lies unless he has a wicked nature, a wicked nafs [self], and a weak personality. A good-natured individual denounces lie and rebukes it, which is why all of the [previous revelations] agreed upon the prohibition and admonition of lie. How about the daai’ya then, can you imagine him lying!? I believe not, inshaa Allah. Some of the daai’yas may come across ambiguously by making certain statements which some people misunderstand, then later they may find out the opposite of what they misunderstood. Then they accuse him of lying. Besides, ambiguity may lead to the acceptance of some minor lies under the pretense that it is helpful!! So be cautious!

If you are in a situation that would cause you to lie, avoid doing so, and remember the words of Abu Sufyaan before Heracles when he was asked about the Messenger of Allah (sallallahu `alaihi wa sallam) and he [latter narrated to Muhammad sallallahu `alaihi wa sallam], “I swear by Allah, if I was sure that they would not have transmitted a lie from me, I would have lied about you.” [Bukhari] This man, who was an idolater at the time, avoided lying out of fear that his lying would be transmitted, or that he would be insulted some day because of it. Re avoided lying even though he needed to do so We know that the honor of today’s duaat [pl. of daai iya] has become a target for a barrage of arrows, and this is why it is necessary for the daa’iya to close the door before the foul wind comes in, so that he can be safe!

C. Truthfulness in deeds: Meaning that a person’s deeds have to be purely for Allah Ta’ala without riyaa’ or seeking good reputation, “Whoever hopes to meet his Lord, he should do good deeds, and not join any one in the worship of His Lord.” and “…that He may try you; which of you is the best in deeds.” (Surat alKahf:11 and Mulk 2) Fudail bin Ayaad commented that, “Which one of you is the best in deeds” means ‘most sincere and pertinent.’ He was asked, “O father of Ah! What is most sincere and pertinent?” He said, “If the deed is sincere and not pertinent it won’t be accepted, and if it 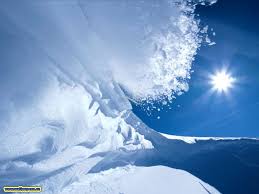 Surely truthfulness in carrying our dawa is a cause for people to accept our religion, and we should not be like the actor on the stage who shows the people the opposite of what he really is. In this case, the reality of such a daa’iya is quickly revealed and the people rush away from him.

It was reported that one of the Salaf [pious predecessors] used to affect people and bring them to tears while admonishing them, to the point that you could hear them crying loudly. Yet someone else may have given a better speech in the same gathering and may have been more knowledgeable, but he could not affect their hearts nor bring them to tears! So his son asked him about this one day and his response was, “The weeping of the mother who lost her beloved is not like the weeping of the one who is paid to do so.”

Therefore the first mean for the success of the daai’ya is: His truthfulness in carrying his dawa, his seriousness in it and truthfulness in words and deeds must be his method and characteristic of him. Elegant sweet words are not most important – even if they are required – more important is truthfulness, that he is in harmony with himself, and his speech comes from the heart.

Long ago it was said: