Apple has been awarded a U.S. patent for a display system that would allow multiple viewers to see a high-quality 3D image projected on a screen without the need for special glasses, regardless of where they are sitting.
Following the success of 3D films in movie theaters, home electronics manufacturers are hoping that 3D technology will entice consumers to buy new TV sets and Blu-ray players. But entertainment is far from the only field in which 3D 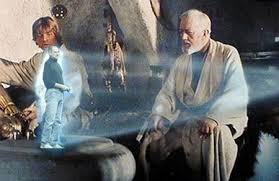 can enhance the viewing experience: others include medical diagnostics, flight simulation, air traffic control, battlefield simulation, weather diagnostics, advertising and education, according to Apple’s U.S. patent 7,843,449 for a 3D display system, awarded Tuesday.
Most 3D displays today require viewers to wear special glasses, hindering widespread acceptance because users generally do not like to wear equipment over their eyes, according to Apple. In addition, such approaches are impractical, and essentially unworkable, for displaying a 3D image to one or more casual passersby or to a group of collaborators.

Apple’s patent describes using a special reflective screen with a rippled texture to create an autostereoscopic projection system, meaning one in which different images are projected to each eye without the need for special glasses. The system tracks the viewer’s eyes and calculates their position in space. It then projects each pixel of the stereoscopic images to a precise spot on one of the screen’s ripples, reflecting it into one or other of the viewer’s eyes. If Apple can do this for one pair eyes, it suggests, it can project multiple images to different points on the ripples for multiple users at the same time.

Apple isn’t the only company working to get rid of the 3D-glasses. Toshiba demonstrated glasses-free TVs at the Ceatec electronics show in Japan, which will go on sale in late December, according to the company. Also, Nintendo’s handheld 3DS will allow users to play 3D games without glasses. It will go on sale in Japan in February and in Europe, Australia and the U.S. in March. When and if Apple will turn its patent into real products remains to be seen. source