Google scientists have tested driverless cars in California, clocking up 140,000 miles so far, the company disclosed at the weekend.

The seven cars drove successfully around Los Angeles and San 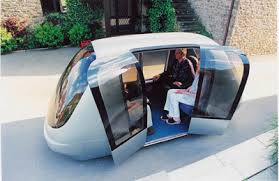 Sebastian Thrun, a Google software engineer, said in a blog entry posted on Saturday that the benefits of driverless cars could be a reduction in accidents, potentially cutting the 1.2 million lives lost each year by half, and an increase in car-sharing, reducing energy consumption. People could also use the average 52 minutes a day they spend driving to work more productively.

The Google project is just one of many experiments into automated cars being conducted round the world and in the US by the military and others.

Thrun, seeking to reassure anyone worried about the risk posed by an automated car in the California experiment, said: “Our cars are never unmanned. We always have a trained safety driver behind the wheel who can take over as easily as one disengages cruise control. And we also have a trained software operator in the passenger seat to monitor the software.” Local police are also briefed.

He added: “While this project is very much in the experimental stage, it provides a glimpse of what transportation might look like in the future thanks to advanced computer science.”

The only accident, according to engineers, was when the robot car stopped at traffic lights and was hit from behind.