As-Sai’b bin Yazid (May Allah be pleased with him) reported: I was seven years old when I was taken to perform Hajj (pilgrimage). This was during the time the Messenger of Allah (PBUH) performed the Hajjat-ul-Wada` (Farewell Pilgrimage).

Commentary: This Hadith points out the fact that it is permissible to take children to Hajj. The reward of their Hajj will be given to their parents. But when after attaining maturity the child becomes liable for Hajj, it will be necessary for him to perform it again because the one he has performed in childhood, will not be sufficient for him. The reason behind taking children to Hajj is to teach them how to perform this obligation.

Ibn `Abbas (May Allah be pleased with them) reported: The Prophet  came across a caravan at Ar-Rauha’ and asked who the people in the caravan were. They replied that they were Muslims. They asked: “Who are you?” He (PBUH) said, “I am the Messenger of Allah.” Then a woman lifted up a boy to him and asked: “Would this child be credited with having performed the Hajj (pilgrimage)?” Whereupon he (PBUH) said, “Yes, and you will have a reward.”
[Muslim].

1283. Anas (May Allah be pleased with him) reported: The Messenger of Allah (PBUH) performed the pilgrimage on an unsaddled camel which also carried his provisions (i.e., his Zamilah).
[Al-Bukhari].

Commentary: “Zamilah” is a mount like a horse, mule etc., on which luggage is loaded while travelling. What it means here is that the Prophet (PBUH) travelled for Hajj on such a mount on which he kept his provision for the journey also. In other words, it was his Zamilah as well. This incident happened during Hajjat-ul-Wada` (Farewell Pilgrimage). This Hadith shows the Prophet’s total humility and humbleness and his disregard for the life of the world. 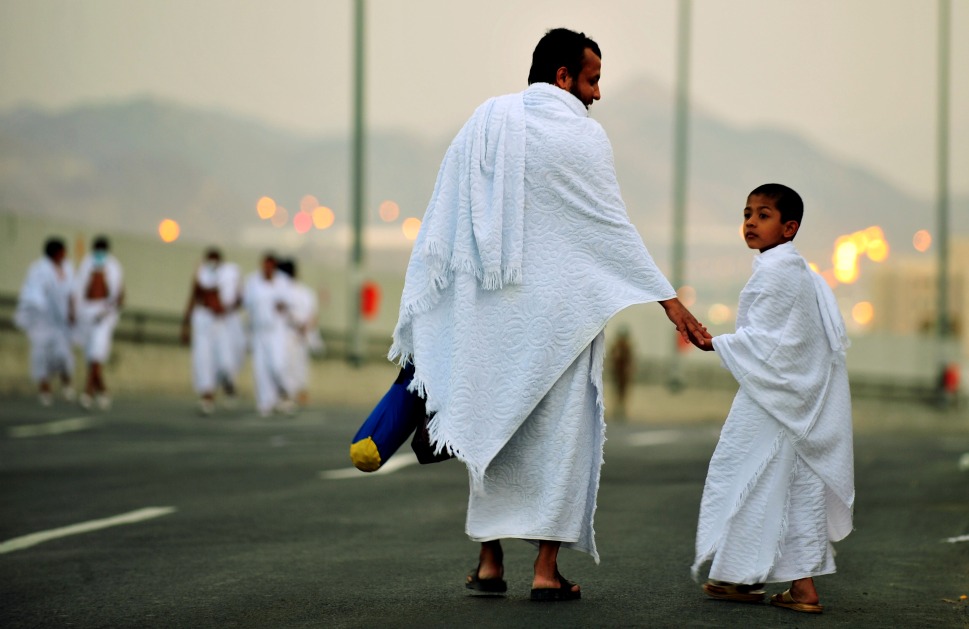