Family of five affected by fire

SPRINGFIELD, Mass. (WWLP) – Fire officials say an early morning fire in Springfield may have been caused by a frayed electrical cord.  The fire started around 4a.m. Saturday and drove a family of five, including three children, out of 105 Berkshire Street.

“I went outside and I saw the kids were yelling and screaming, ‘fire, fire, fire,’” said Mohammed Abbasi , who has lived in the single-family home with his family for more than 9 years.  “I went upstairs and I saw one of the bedrooms was on fire.  That’s the most important thing and that’s the blessing of God, that they were awake at the right time and we managed to get out of the room,” said Abbasi.

Ledger told 22News a frayed extension cord located underneath a rug, inside the children’s bedroom, may have started the fire; something hardware experts say is a bad combination.

“I would say probably not at all.  It looks more cosmetic and all, that you don’t want it, you don’t want the chords to be seen; but don’t put it underneath furniture or especially under carpeting,” said Rick Lavallee, assistant manager at Rocky’s in East Longmeadow.

Ledger says often times electrical fires are also caused by the improper use of space heaters.  Lavallee told 22News, best practice, when running cords homeowners should use a cord protector, plug space heaters only into wall outlets and replace frayed wires instead of using electrical tape.

“I usually just plug them in for my power tools and stuff.  And when I’m done, I unplug them and put them away,” said Mike Narreau of Ludlow of how he uses electrical cords around his home.  Narreau was driving to work when he noticed the burned home.

Two homes were evacuated as a result of the fire, 105 and 111 Berkshire Street.  The tenants of 111 Berkshire Street were able to go back into their homes shortly after the fire was put out.  No one was hurt but Abbasi’s family will be staying with family members until the home is safe to occupy.  source

SPRINGFIELD – A fire broke out early Saturday morning at 105 Berkshire St. in the city’s Indian Orchard neighborhood.
Authorities received a 4:22 a.m. report of a structure fire and were on scene within minutes.
Springfield fire officials could not immediately be reached for details, but initial reports from the scene indicated residents of the Berkshire Street home and a neighboring building were safely evacuated.
Firefighters quickly had the fire under control.
he cause of the blaze was not immediately known. More information will be posted on MassLive as it becomes available. SOURCE 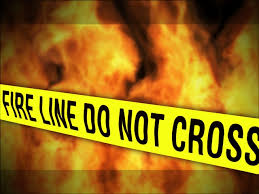