A posting on Craig’s List called for a “Bible-burning” Saturday at a restaurant owned by a South Florida congressional candidate. But the event fizzled.

Targeting Republican Karen Harrington’s restaurant in Pembroke Pines, the announcement stated: “The Muslim Brotherhood of South Florida is pleased to announce our first BIBLE BURNING. All believers in the TRUE GOD ALLAH are encouraged to attend and participate.”

The posting invited attendees to “Bring your own Bible …TO BURN,” and said “all believers in Allah are welcome.”

The Council on American-Islamic Relations immediately disavowed any knowledge of the event, and quickly denounced it.

“I have no idea who’s behind it, but there won’t be any Muslims there,” said Hassan Shibly, CAIR’s Florida director.

“We don’t engage in Bible burning. It’s completely beneath us,” said Shibly, noting that Florida Muslims did not burn Bibles after Gainesville pastor Terry Jones burned a copy of the Quran.

Harrington, who is seeking the GOP nomination to take on Rep. Debbie Wasserman Schultz, R-Fort Lauderdale, in the 23rd Congressional District, was not immediately available for comment.  the entire article at source 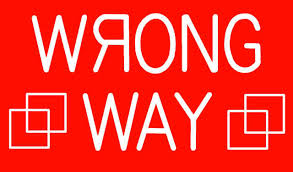