After a long and hectic day at work, how difficult it is for a tired person to go out to the mosque and concentrate on his prayers to Allah, the Almighty. Snuggled up in a warm and cozy bed, how difficult it is to get up at the call of the Muazzin: “Come to prayer! Come to success!”

The famous doctor and philosopher, Ibn Sina (Avicenna), recalls such a moment in his life. One cold and icy night, he and his slave were resting at an inn in a remote part of Khuraasaan. During the night, he felt thirsty, so he called to his slave to bring him some water. The slave had no desire to leave his warm bed, so he pretended not to hear Ibn Sina’s call. But finally, after repeated calls, he reluctantly got up and went to fetch the water. A little while later, the melodious sound of the azaan (call to prayer) filled the air. Ibn Sina began to think about the person calling the people to prayer. “My slave, Abdullah, he mused, has always respected me and admired me. He seizes any opportunity to lavish praise and affection on me, but tonight he preferred his own comfort to my needs. On the other hand, look at this Persian slave of Allah: He left his warm bed to go out into the chilly night, he made ablution in the icy water of the stream, and then he ascended the high minaret of the mosque to glorify Him Whom he truly serves: “I bear witness that there is none worthy of worship except Allah. I bear witness that Muhammad is the Messenger of Allah.” Ibn Sina records: “I learned the essence of true love, that love which results in complete obedience.” The love of Allah demands total and unconditional obedience. Allah, the Almighty says: ( Say [oh, Muhammad!]: “If you love Allah, follow me: Allah will forgive you your sins, for Allah is Oft-forgiving, Most Merciful.) (Quran: 3/31)

Prayer: A Cry of the Inner Soul

His arrogance and pride have often led man to behave as an oppressor and a tyrant. Some men have been carried away by their own self-importance that they have even claimed divinity. Pharaoh, the ruler of Egypt, was among those who announced: “I am your supreme Lord!” With his sense of greatness and pride, Pharaoh subjugated the Israelites and made their lives wretched and miserable.

But is man really as strong and great as his ego tells him? The Holy Quran tells us the reality of man’s nature: (It is Allah Who created you in a state of weakness, then gave you strength after weakness, then after strength, gave you weakness and a hoary head: He creates what He wills, and He is the All-knowing, the All-powerful) (Quran: 30/54)

Weakness in the beginning and weakness in the end: This is the essence of man. He is so weak and helpless at birth that his entire existence depends on his parents and his family. If he were to be abandoned in these first crucial years, he could not survive on his own. He needs a gentle and loving hand, not only in his infancy, but in his childhood and even in his teenage years. As this child enters the years of youth and independence, he begins to take control of his own life. He looks with pride at his strong physique, his handsome features and his many talents. He begins to despise those of less abilities, even scorning his parents, who exhausted their own health to nurture him. He becomes unjust and cruel, using his strength and vigor to dominate others. He thinks he is master, free to act as he wills. But does this youth, these good looks last forever? In only a few decades, he begins to lose his strength…his youth is replaced by old age. Weakness in the beginning, weakness in the end.” The message is clear: The real Master is Allah. He Alone is Mighty, He Alone, is Great. He Alone is never tired, never needs rest, is never dependent upon anyone. Allahu Akbar! – Allah is the Greatest! In our everyday lives, we say a warm thank you for the small acts of kindness which others do for us. So what about thanking Allah, Who, in His infinite Mercy, has provided for every single one of our needs. Just observe the beauty and perfection of the earth around you and fall down in gratitude to your Lord.

Prayer: The Ascension for a Believer

After the Messenger of Allah was commissioned for Prophethood, the first thing he was commanded to do by Allah was to pray. The angel Jibreel came to him and a spring of water gushed out of the rocks in front of them. Jibreel  then showed Allah’s Messenger how to make ablution. He then showed him how to offer prayers to Allah. He began to pray two Rakas (units) twice a day, once in the morning and once in the evening. He then went home and showed his wife Khadijah what he had learnt from the angel Jibreel u.

From that time, the Prophet never went through a day without praying. Just before his migration to Madinah, he was taken on a night journey to Jerusalem and then to the heavens (Miraaj). During this journey, Allah, the Almighty, ordered him to pray five times a day. This prayer was a gift given to every Believer to enable him to experience a spiritual ascension five times a day. The Prophet said: “The prayer is the Miraaj of the Believer.“

It gives every Muslim the chance to communicate with his Lord. During each prayer, the Muslim recites Soorah Al-Fatiha: This recitation is not a dull monologue by the Believer, but Allah promises that it is a conversation between Him and the worshipper. The Messenger of Allah reported that Allah, the Almighty says: “When my slave says in his prayer: ‘All praise is for Allah, the Lord of the worlds,’ I say: ‘My slave has praised Me’ When he says: ‘The Merciful, the Compassionate, Master of the Day of Judgment,’ I say: ‘My slave has glorified Me.’ When he says: ‘You Alone we worship and your Aid we seek,’ I say: ‘This is between Me and My slave.’ When he says: ‘Show us the Straight Path,’ I say: ‘This is for My slave, and I give My slave what he wants.'”

The Messenger of Allah once said: “Prayer is the pillar of religion.” (Al-Baihaqi) He also informed us that Islam is built upon five pillars, the second being to establish prayer five times a day. (Al-Bukhaari) This makes the image very clear: Islam is like a building supported by five columns; remove just one column and the entire building weakens. In the same way, when a person stops praying, his faith becomes weak, and the mildest blows can cause it to crumble. The prayer is so very important that the Prophet said: “Verily, between man and polytheism and disbelief is abandoning prayer.” (Muslim)

Allah says, concerning the plight of the disbelievers on the Day of Judgment, that they will be asked by the Believers: (“What led you into the Hell-fire?” They will say: ‘We were not of those who prayed.’) (Quran: 74/42-43). Allah also says: (Successful indeed are the Believers, those who humble themselves in their prayers.) (Quran: 23/1-2), and: (And those who guard [strictly] their worship, such will be the honored ones in the Gardens [of Bliss]) (Quran: 70/34-35). 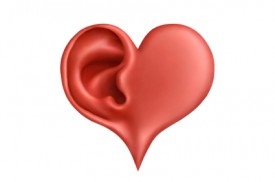 Allah has emphasized the need for humility and concentration in prayers. There is no doubt that Satan is the most bitter enemy of man; he always tries to disturb the Believer’s prayers. He (the worshipper) finds his mind suddenly engulfed with memories, problems, worries, work and his family… and he will often find himself wondering whether he has prayed three Rakas (units) or four. This is how Satan steals the prayer. Man was created only to worship Allah. He says: (I created not the Jinns and mankind except to worship me.) (Quran: 51/56). Man is to live in this world as a worshipper of Allah and prayer is the best for of worship. On the Day of Judgment, man will have to answer for his deeds. Allah says: (Then shall you be questioned about the joy [you indulged in].) (Quran: 102/8)

It is related that Anas said, “The people mentioned the fire and the bell, recollecting the Jews and the Christians. Then Bilal was instructed to say the phrases of the adhantwice and those of the iqama once only.”579. It is related that Ibn ‘Umar said, “When the Muslims arrived in Madina, they would gather and guess at the time of the prayer. There was no call for it. They discussed it one day and some of them said that they should adopt a bell like that of the Christians and others said that it should be a trumpet like the horn of the Jews. ‘Umar said, ‘Why don’t you send a man to call to the prayer?’ The Messenger of Allah, may Allah bless him and grant him peace, said, ‘Bilal, stand up and call to the prayer.'”

t is related from Abu Hurayra that the Messenger of Allah, may Allah bless him and grant him peace, said, “When the call to prayer is done Shaytan retreats, farting so that he will not hear it. When the call is finished he comes back again until the iqama is done, when he retreats again. When the iqama is finished, he comes back again, insinuating himself between a man and his self and saying, ‘Think of such-and-such, think of such-and-such,’ which he was not thinking about before, until the man does not know how much he has prayed.” (Muwatta, Book 3, 6)

← Video: Ideal Muslim Marriage
Come Back… Realize The Greatness of Your Lord →