Many Muslims who have been blessed to make Hajj often speak of how the journey is a life-changing experience. This is more the case for some than others.

Malcolm X is one Muslim who saw the light of true Islam through his Hajj in April 1964. As a former member and speaker for the Nation of Islam, a black spiritual and nationalist movement, he believed that the white man was the devil and the black man superior.

After leaving the Nation of Islam in March 1964, he made Hajj, which helped change his perspective on whites and racism completely.

Here is an excerpt of a letter El Hajj Malik El Shabazz wrote about his Hajj experience. In it, he explains what it was during this blessed journey that made him so profoundly shift his perspective on race and racism:

“There were tens of thousands of pilgrims, from all over the world. They were of all colors, from blue-eyed blondes to black-skinned Africans. But we were all participating in the same ritual, displaying a spirit of unity and brotherhood that my experiences in America had led me to believe never could exist between the white and the non-white.

You may be shocked by these words coming from me. But on this pilgrimage, what I have seen, and experienced, has forced me to rearrange much of my thought patterns previously held, and to toss aside some of my previous conclusions. This was not too difficult for me. Despite my firm convictions, I have been always a man who tries to face facts, and to accept the reality of life as new experience and new knowledge unfolds it. I have always kept an open mind, which is necessary to the flexibility that must go hand in hand with every form of intelligent search for truth.

During the past eleven days here in the Muslim world, I have eaten from the same plate, drunk from the same glass and slept in the same bed (or on the same rug)-while praying to the same God with fellow Muslims, whose eyes were the bluest of the blue, whose hair was the blondest of blond, and whose skin was the whitest of white. And in the words and in the actions and in the deeds of the ‘white’ Muslims, I felt the same sincerity that I felt among the black African Muslims of Nigeria, Sudan and Ghana.

We are truly all the same-brothers.

All praise is due to Allah, the Lord of the worlds  source 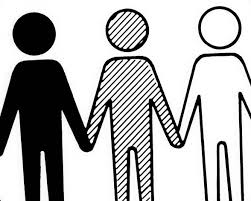