Narrated Abu Sa’id AI-Khudri : Allah’s Messenger said: None of you will have argued for his right in the world more vehemently than the believers who will do with their Lord about their brethren who were admitted into Hell. The Prophet added: They will say: 0 Lord! Our brethren used to offer prayers with us, observe fast with us and perform pilgrimage (Hajj) with us. But You cast them into fire. The Prophet further said: Allah will say: Go and bring out whoever you know from among them. The Prophet said: The believers will come to them and recognize them by face. Some of them will be those the fire would have seized up to half of their shanks and some of them up to their ankles. They will bring them and say: 0 Lord! We have taken out those for whom you gave us order. Then the Prophet said: Allah will say: Bring out whoever has in his heart any belief weighing a Dinar (a coin). Then He will say: Take out whoever has in his heart the belief weighing half a Dinar until He will say: Take out whoever has in his heart the belief that equals the weight of an atom.

(This Hadfth is sound and reported by Nasa’i and Ibn Majah).

After narrating this Hadith, Abu Sa’id said: He who does not accept it as true should read this verse: “Verily, Allah forgives not that partners should be set up with Him in worship, but He forgives except that (anything else) to whom He pleases, and whoever sets up partners with Allah in worship, he has indeed invented a tremendous sin.” (4:48) 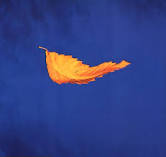