Making decisions and has protected the faith of its followers from corruption and given them a sense of contentment and peace in their daily lives by providing guidance in this regard. That guidance consists of clear 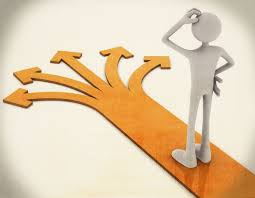 2  In keeping with the instruction of the Prophet (pbuh), given in the above mentioned hadith, when faced with a choice between two or more Halaal (permissible) actions 3 a decision should be arrived upon using one’s intellect and knowledge of Islam. Having done this, one should then seek Allah’s guidance as to the choice that has been made by making a two unit prayer (at a permissible time 4), after which the aforementioned supplication called du’a al Istikharah should be said.

Unfortunately, contrary to the instructions of the Prophet (pbuh), Muslims today depend entirely on the prayer to make their decisions for them. That is, they make the prayer and supplication prior to making any decision, and rely on dreams to provide the answers for them. It is even common for people to ask others to make Istikharah on their behalf. The prayer is often repeated, prior to sleeping, for a set number of days and dream books are consulted to interpret the symbols in their dreams. All of this has no basis in the methodology taught by the Prophet (pbuh). However this is not to say that a good dream may nor be acted upon as confirmation of a decision, about which Istikharah was made.