Americans Are The Most Spied On People In World History

More Spying On Citizens than in Stasi East Germany

In a radio interview, Wall Street Journal reporter Julia Angwin (who’s been one of the best at covering the surveillance state in the US) made a simple observation that puts much of this into context: the US surveillance regime has more data on the average American than the Stasi ever did on East Germans.

Some also claim that the government is also using facial recognition software and surveillance cameras totrack where everyone is going. Moreover, cell towers track where your phone is at any moment, and the major cell carriers, including Verizon and AT&T, responded to at least 1.3 million law enforcement requests for cell phone locations and other data in 2011. (And – given that your smartphone routinely sends your location information back to Apple or Google – it would be child’s play for the government to track your location that way.) If that’s not enough, the government is insisting that “black boxes” be installed in cars to track your location.

As the top spy chief at the U.S. National Security Agency explained this week, the American government is collecting some 100 billion 1,000-character emails per day, and 20 trillion communications of all types per year.

He says that the government has collected all of the communications of congressional leaders, generals and everyone else in the U.S. for the last 10 years.

He further explains that he set up the NSA’s system so that all of the information would automatically be encrypted, so that the government had to obtain a search warrant based upon probably cause before a particular suspect’s communications could be decrypted. But the NSA now collects all data in an unencrypted form, so that no probable cause is needed to view any citizen’s information. He says that it is actually cheaper and easier to store the data in an encrypted format: so the government’s current system is being done for political – not practical – purposes.

He says that if anyone gets on the government’s “enemies list”, then the stored information will be used to target them. Specifically, he notes that if the government decides it doesn’t like someone, it analyzes all of the data it has collected on that person and his or her associates over the last 10 years to build a case against him. entire article 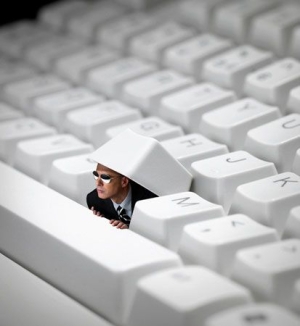