Aasif Mandvi’s job title as a TV correspondent is both a complete joke and utterly realistic: Senior Muslim Correspondent.

He works for “The Daily Show with Jon Stewart,” the highly rated comedic news program that, at its best, can be even more influential than real American newscasts. And his work under that title, as well as countless others (“Senior Middle East Correspondent,” “Senior Asian Correspondent”) has propelled him to prominence.

But the comedian is no longer just going for laughs. In his new play, “Disgraced,” Mandvi takes a serious look at the tensions between Muslims, Jews and Christians that linger in post-9/11 United States.

The show breaks just about every taboo about the interface between East and West culture. Seated in an American living room, Muslim, Jewish, black and female characters discuss social issues like racial profiling and Islam in America.

“The identity of Islam and the way Islam is viewed by the West has changed after 9/11,” Mandvi said. more at cnn 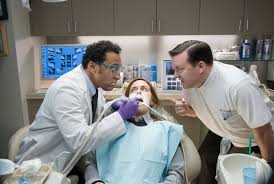