\
Nearly 1 million Massachusetts residents who don’t smoke and live in apartments or attached houses are exposed regularly to cigarette smoke from their neighbors’ homes, according to a report released Friday by the federal Centers for Disease Control and Prevention.

Nationally, about 45 percent of apartment dwellers — or 29 million Americans — are exposed to health risks from second-hand tobacco smoke, even though they enforce smoke-free rules in their own apartments.

The study, published in the journal Nicotine and Tobacco Research, provides the first estimates by public health officials of the number of Americans experiencing seepage of cigarette smoke into their homes through ventilation systems, loose floorboards, and windows. Researchers relied on a 2009 household survey involving 2 million Americans and 2006 federal tobacco use data both collected by the US Census Bureau. entire article 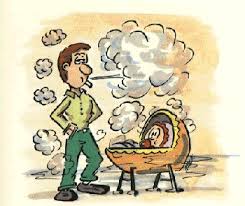