Thanjavoor, Jan 2: The pontiff of Madurai Mutt, Arunagirinatha Sri Gnanasambanda Desika Paramacharya Swamigal, popularly known as Madurai Adheenam, has ap­pe­­aled to women to imp­ose self-discipline and we­ar purdah, like Muslim wo­men, while going out to avoid becoming victims of rape. 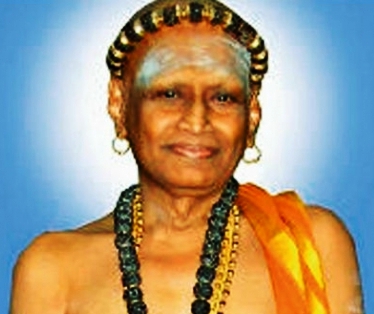 Expressing concern over the increased number of sexual assault on women in the country, the Ma­durai Adheenam called for enactment of more stringent laws to curb sexual assaults on women.

“Women should refrain from wearing obscene dr­e­­s­­ses in the garb of fashion. They should we­ar dr­e­s­­ses that would cover their body completely, and exhibit their body on­ly to their wedded husbands,” he told media persons here on Saturday wh­i­le passing on his gratuit­o­us advice to women on the­ir safety in public places.

His views met with stiff protest from many sections of people in the sta­te, including the Marxist D. Pandian, CPI secretary, who came down heavily on the Adheenam for airing such medieval views on safety of women folk.

Touching upon several issues at the media meet, Adheenam also appealed to the Central and state governments to take measures to bring back Sri Lankan Tamils languishing in camps there, settle them along with Lankan refugees in Tamil Nadu and provide them Indian citizenship.