“Hassan your food is getting cold”, Habeebah called, as her six year old son was glued to his Mushaf ( a Copy of the Holy Qur’aan), She took the Mushaf from him angrily.
“I’ve told you I’m late for work!” What are you looking for? For the past week you’ve been inseparable from this Quran,”Habeebah said as she helped her son to adjust his school uniform.
“Mom, I can’t seem to find my answer , perhaps you can help me.” Hassan said.
“Okay but eat first and we can talk in the car.” she replied.
On the way to school he asked “Mum, may I ask my question now? ”
“Of course “,Habeebah replied.
“Mum, are there two Muhammad ?”
“What did you say?”
“Are there two Muhammad?”, he repeated.
“Who taught you this heresy?”, Habeebah asked angrily. Hassan knew his mum’s temper and started shaking.
“Our new teacher taught us that… ” Habeebah interrupted
“So, your new teacher has been feeding you this nonsense!, Hassan said, “No he said…..” “Shut up!!” Habeebah interjected”
“I will go and see him myself! I’d rather go to work late than allow this heresy to continue.”
When they got to the school, Habeebah walked straight to the headteacher’s office and demanded that the teacher be sacked because the teacher was misleading the children astray with heresies so the teacher was summoned to the office but he denied ever telling the children that there were two Prophet Muhammad
So Hassan now in tears, was summoned and asked:
“Why do you think there are two Prophet Muhammad ”
Still crying he said:
“Our teacher told us that Prophet Muhammad is our leader and his followers 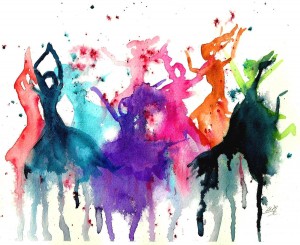 behave exactly like him. He said Prophet Muhammad does not steal, lie, fight or stay away from salat or prayers and his followers are the same.”
“Okay, that’s true but that is not enough reason for you to believe that there are two prophet Muhammad “, the headmistress said, wiping Hassan’s face. Hassan continued:
“My mum says she is a Muslim ,she keeps singing: “I am a muslim and Islam is my choice”but mum still fights. I saw her take daddy’s money last month and when daddy asked her, she lied about it. Also we have not been to mosque nor prayed for about five months. Just this morning, she fought with daddy and was very rude to him so I’ve been thinking that Mummy’s Muhammad is a different Muhammad from my teacher’s Muhammad; that’s why I kept searching my Quran to see if I would find my mummy’s Muhammad in there…….
By this time, Habeebah was in tears and both the headmistress and Hassan’s teacher were looking down in embarrassment!
Abeebah was so ashamed that she could not look into her son’s eyes……..
Does your character and behavior make people question whether you serve a different Allah

Think about it! There are so many people in this world that pretend to be saints when they are really everything that they accuse others of being.
look at you own instincts and be humble: ““Glad tidings to the one more concerned about his own faults than worrying about the shortcomings of others”. (Hadith).
“Surely, Allah does not judge you by your bodies or your appearances; He rather evaluates (the sincerity of) your hearts and (the goodness of) your deeds.” (Hadith)

Never be like the Wolf in Sheep’s Clothing because Hypocrisy is the worst sin!

← Is everything you think you know about depression wrong?
You Won’t See this on TV by Nas Daily – Day 654 – The World – →