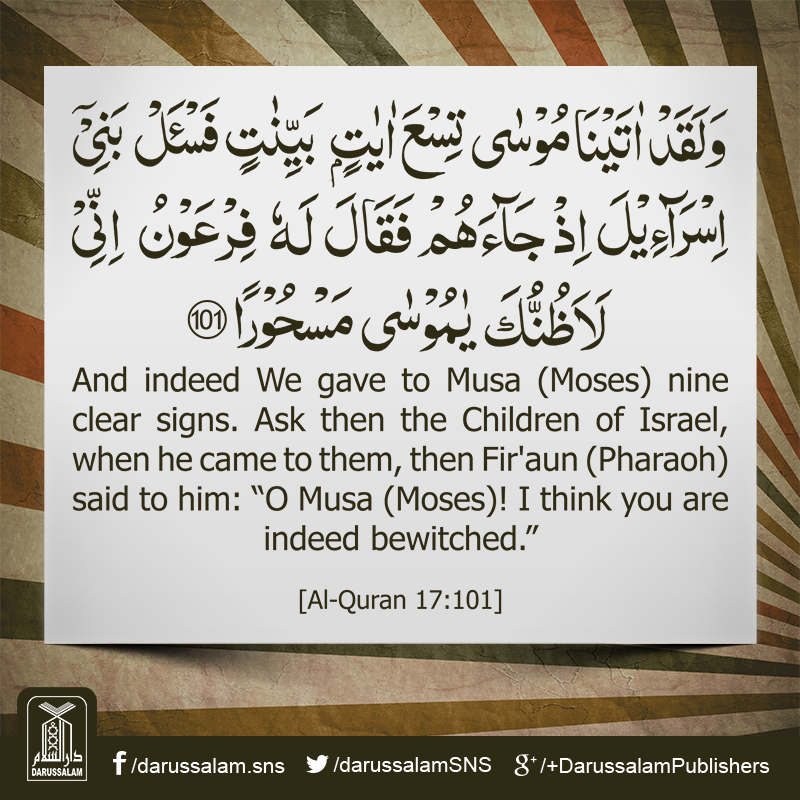 Allaah Almighty says (which means): “And We certainly seized the people of Pharaoh with years of famine and a deficiency in fruits that perhaps they would be reminded.But when good came to them, they said, “This is ours [by right].” And if a bad [condition] struck them, they saw an evil omen in Moses and those with him. Unquestionably, their fortune is with Allah, but most of them do not know.And they said, “No matter what sign you bring us with which to bewitch us, we will not be believers in you.”.So We sent upon them the flood and locusts and lice and frogs and blood as distinct signs, but they were arrogant and were a criminal people.And when the punishment descended upon them, they said, “O Moses, invoke for us your Lord by what He has promised you. If you [can] remove the punishment from us, we will surely believe you, and we will send with you the Children of Israel.”.But when We removed the punishment from them until a term which they were to reach, then at once they broke their word. So We took retribution from them, and We drowned them in the sea because they denied Our signs and were heedless of them.” The Holy Qur’aan.-  more : The plagues between Qur’aan and the actual Bible