I‘tikaaf is to retire to the mosque for the sake of worshipping Allaah The Almighty. 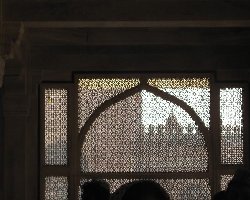 The righteousness, firmness and happiness of a person’s heart depends on him turning towards Allah alone with all his heart, and not leaving in it any place for anything else besides him.

* In order for a person’s heart to be attached and inclined towards Allah, one must get rid of the excess food and drink, the excess sleep, the excess talk, and the excess intermingling with creation.

* From the wisdom of Allah -subhanah- is that he prescribed for us “fasting”, to rid ourselves from the excess food and drink.

* From the wisdom of Allah -azza wa jall- is that he prescribed for us “night prayers” in order fur us to come closer to him, and to liberate ourselves from the excess sleep.

* Also, from the wisdom of Allah Almighty is that he prescribed for us‪ ‎Itikaaf‬ to free ourselves from the excess talk, and excess intermingling with others, and to seclude ourselves in his house to worship him.

* The core of Itikaf is: To cut ourselves off from this world and its concerns, and to concern ourselves with only one purpose, gaining the pleasure of Allah -subhaanah-.

* Allah Almighty said in his book: “And We charged Abraham and Ishmael, [saying], “Purify My House for those who perform Tawaf and those who are staying [there] for worship and those who bow and prostrate [in prayer].” (CH. 2, V.: 125)

* Aisha -may Allah be pleased with her- said: “If these 10 days entered (last 10 days of ‎Ramadan‬), the Prophet -peace be upon him- would tighten his Izar (not approach his wives), revive his nights, and wake up his family.”

* The main purpose of #Itikaf is to seclude the heart from being occupied by anything besides the remembrance of Allah, not to imprison the body in the Masjid, while engaging in chit chat or occupying one’s self with things that bring the wrath of Allah upon him, such as: backbiting, spreading rumours, swearing and cursing, etc.

* Hukm (ruling) of Itkaf: Sunnah Mu’akkadah (emphasized Sunnah) according to the correct opinion. This is because the Prophet –peace be upon him- used to always practice it, and never left out doing it. In fact, when he missed doing it in one of the years, he paid back for it by making Itikaf in 10 days of Shawwal.

* Place of Itikaf: The Masjid. Any Masjid in which the 5 prayers are offered is suitable for Itikaf. It is not necessary that the Masjid be one in which the Friday prayer is offered (Jaami’) as there is no proof that states this condition, and also because of the general meaning in the Ayah:
“And do not have relations with them as long as you are staying for worship in the mosques.” (CH.: 2, V.: 187)

* Duration of Itikaf:
– Sunnah: The Prophet –peace be upon him- started performing Itikaf in the 10 middle days of Ramadan, then he left that for the 10 last days, and died doing so. So the Sunnah is only to practice Itikaf during the last 10 days of Ramadan as our beloved Prophet –peace be upon him- did.
– The longest duration: There is no limit to the longest period in which a person can perform Itikaf. A person is free to perform Itikaf for as many days/months as he wants as long as this doesn’t lead to him abandoning other duties or missing priorities.
– The shortest duration: Some scholars say 1 hour is the shortest duration a person can make Itikaf for. This was narrated on the authority of some companions but it’s all weak narrations. Others say for a day and a night (24 hours). Others say 1 day or 1 night is enough and this is the correct opinion. The proof is Hadith Abdullah bin Umar –may Allah be pleased with him- in which he narrated that his father Umar Bin Al Khattab -may Allah be pleased with him- took an oath in the time of Jahiliyyah to perform Itikaf for a day or a night. The Prophet –peace be upon him- approved of him doing so, and said to him: “Fulfil your oath.”

* Nullifiers of Itikaf:
1- Sexual intercourse 2- Leaving the Masjid for no reason.

* Question: Does buying and selling nullify the Itikaf?
No it doesn’t, but it reduces the reward and the person is sinful for doing so. It totally defeats the purpose of Itikaf which is seclusion for the sole remembrance of Allah.

* Question: Can women make Itikaf?
Yes, as the wives of the Prophet –peace be upon him- have performed Itikaf, as long as this doesn’t mean mixing with other men or falling behind in her other household duties, husband’s duties, etc.

* Question: Is fasting a condition for Itikaf? This means does a person have to be fasting while performing Itikaf?
– There has been no Hadith narrated that states fasting being a condition.
– It was narrated on the authority of Aisha –may Allah be pleased with her- and other companions that they said: There is no Itikaf without fasting.
– The practice of our Prophet –peace be upon him- is that he would only perform Itikaf while fasting, but this is not a condition.

* However, of course fasting during the Itikaf is more complete in achieving the purpose behind Itikaf, and assists more in the servant being closer to Allah- azza wa jall-. Also, this prevents the person from having to leave the Masjid every now and then to eat, etc.

* Question: Can a Mu’takif leave for the purpose of visiting the sick, or following a funeral?
No as this is not regarded as a necessity, unless the patient or deceased is one who has rights on the Mu’takif, such as a parent, a sister, a brother, etc. then he may leave for such purpose.

* There is nothing wrong with putting up a curtain or something for the Mu’takif to seclude himself in, inside the Masjid, as the Prophet –peace be upon him used to do so. However this should not lead to people fighting over places or crowding each other in order to place their curtain or tent etc. If it leads to such then it becomes unlawful to do so.

* Ishtiraat (making a condition in the beginning of Itikaf in order to leave for an emergency) is not illicit. If one has to leave the Masjid for an emergency, he does so without Ishtiraat, or else he shouldn’t leave.

*A person is considered to have left the Masjid if his whole body leaves the parameter of the Masjid, or both his feet are outside the Masjid while he is standing.