Laughing moderately can act as a cure or as therapy for depression and sadness. It has a strong influence on keeping the soul light and the heart clear. Abu Darda’ (may Allah be pleased with him) said, “I make it a practice to laugh in order to give rest and comfort to my heart. And the noblest of people, Muhammad (bpuh), would laugh, sometimes until his molars became visible.”

Laughing is an efficacious way to achieve comfort and light-heartedness, but keep in mind that, as in other things, you should not be immoderate. The Prophet (Blessings and Peace be upon him) said:

“Do not laugh excessively, for verily, excessive laughter kills the heart.”

What is called for is moderation.

“And if you smile in the face of your brother, then that is a form of charity.” 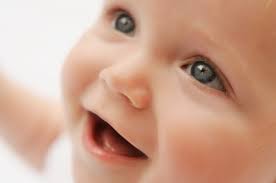 Also, when you laugh, you should not do so in a mocking or jeering fashion:

But when he came to them with Our Aayaat [proofs, evidences, verses, lessons, signs, revelations, etc.] behold! They laughed at them.  (Qur’an 43: 47)

Among the pleasures of Paradise will be laughter:

But this Day [the DAV of Resurrection] those who believe will laugh at the disbelievers.   (Qur’an 83: 34)

The Arabs would hold in high esteem a person who was known for his smile and laughter. They believed this to be a sign of a generous personality and of a person who has a noble disposition and a clear mind.

The truth is that the principles of Islam are based on moderation and on good measure, whether it is in matters of belief, worship, manners, or conduct. Islam does not condone a rigid, frowning expression, nor does it condone a constant playful giddiness; rather what it does promote is seriousness when it is called for and a reasonable level of light-heartedness when it is called for.

Bearing a gloomy mien and a frowning countenance are marks of a lowly character, a troubled nature, and hot-headedness. Then he frowned and he looked in a bad tempered way…  (Qur ‘an 74: 22)

The Prophet (Blessings and Peace be upon him) said:

“Do not disparage (underestimate) any good deed (no matter how small it is), even if that deed was to meet your brother with a friendly countenance.”

“People who are always smiling not only make their own lives more joyful, but what is more, they are more productive people in their work and have a greater ability to live up to their responsibilities. They are more prepared to face difficulties and to find expedient solutions for them. They are prolific workers who benefit themselves and others.”

If I were given a choice between having status in society and plentiful money, and between having a happy, radiant, smiling self, I would choose the latter. For what is great wealth if it begets misery? And what is high position if what comes with it is constant gloominess? And what good is the most beautiful wife if she transforms her house into a living hell? Much better than her — a thousand times at least is a wife who has not reached such a pinnacle of beauty, but nonetheless has made her house a kind of paradise.

Consider this imagery: In a sense, the rose is smiling and so is the forest. The oceans, rivers, the sky, the stars and birds are all smiling. Similarly, the human being by his very nature is a smiling entity, were it not for those things that counteract this natural disposition, such as greed and selfishness, evils that contribute to his frowning. As such he is an anomaly and at odds with the natural harmony of all that surrounds him. Therefore the person whose heart is sullied cannot see things as they truly are. Every person sees the world through himself- through his actions, thoughts, and motives. So if our actions are noble, if our thoughts are pure, and if our motives are honorable, then the spectacles through which we see the world will be clean, and the world will be seen by us as it really is a beautiful creation. If the spectacles become dirty, and their lenses stained, then everything will seem to be black and morbid.

There are those souls that are able to turn everything into misery, whilst there are those that are able to derive happiness from the most difficult of circumstances. There is the woman whose eyes fall upon nothing but mistakes. Today is black because a piece of fine china broke or because the cook put too much salt in the food. Then she flares up and curses, and no one in the house escapes from her execrations. Then there is the man who brings misery upon his own self and, through his disposition, heaps the same upon others. Any word that he hears he interprets in the worst possible way. He is affected gravely by the most insignificant of things that occur to him, or that have occurred to him through his actions. He is drawn into misery by profits lost. By profits expected that went unrealized, and so on. The whole world from his perspective is black, and so he blackens it for those around him. Such people have much ability to over-exaggerate the trifles that occur to them. Thus they make mountains out of molehills. Their ability to do well is negligent, and they are never happy or content with that which they have, even if what they have is plenty. No matter how great their possessions, they will never feel any blessings from what they have.

Life is like an art or a science: it needs to be learned and cultivated. It is much better for a person to plant love in his life than to glorify money, using all his might to help it ease its way into his pocket or into his account. What is life when all its energies are exploited and used for the sole purpose of accumulating wealth, an existence where no energy is directed towards the cultivation of beauty, splendor, and love?
Most people do not open their eyes to the beauty of life, but open them only to gold or silver. They pass by a lush and luxuriant garden, a beautiful bed of roses, a flowing river, or a group of singing birds, yet they are unmoved by such scenes. All that moves them is the coming and going of money into or out of their pockets. Money is but a means to a happy life. They have reversed this fact, have sold their happy existence, and have made money to be an end in itself
Our body has been equipped with eyes to see beauty with, yet we have trained them to look on nothing but money.

Nothing causes the soul or the face to frown more often and with more intensity than despondency. If you want to be a smiling person, wage war with despondency and hopelessness. The door to opportunity is always open to you and to others, and so is the door to success. So indoctrinate your mind with hopes of prosperity in the future.

If you believe that you are inconsequential and have been created for things of only minor importance, then your achievement in life will never surpass this initial goal. And if you believe that your calling in life is to achieve extraordinary feats. You will feel in you a determination that can destroy all kinds of barriers. This can be exemplified as follows. Whoever enters a 100m race will feel tired the moment he completes it, whereas anyone that enters a 400m race, will not feel fatigue after passing the 100m or 200m mark. Therefore the soul gives resolution and will power in proportion to your goal. Hence you must identify your goal, and let it be high and difficult to achieve. And never feel despondency as long as everyday you are taking a new step in its direction. What blocks the soul, making it frown and placing it in a dark prison? The answer is despondency, hopelessness, seeing everything as being evil, searching for faults in others and constantly speaking about the evilness of the world.

Blessed is the one who has a teacher that helps him to develop his natural abilities and broaden his horizons. The best teacher is the one that instills kindness and generosity into his pupil, and teaches that the noblest of pursuits that one can strive for, is to be a source of goodness to others, in accordance with one’s abilities. The soul should be like the sun, radiating light and hope. The heart should be filled with tenderness, virtue, benevolence, and a genuine love for spreading goodness to all those that are connected to it.

The smiling soul sees difficulties, and loves to surmount them. When it sees problems, it smiles, reveling in the opportunity to solve and overcome them. The frowning soul, when faced with a problem, magnifies it and belittles its own determination, while spending all its time justifying. It loves success in life, but is not willing to pay its price. On every path, it sees a grinning lion. It waits only for gold to shower down upon it, or to chance upon some treasure in the ground.

Difficult things in life are only relative, for everything is difficult for the ordinary person, while there is no great difficulty for the remarkable person. While the remarkable person increases in worthiness by overcoming obstacles, the weak person increases in meanness by running away from them. Problems are comparable to a vicious dog. When it sees you scared or running away, it barks and follows in pursuit. However, when it sees your scorn, your lack of concern, and when you shine your eyes in its direction, it gives way and draws back.

Furthermore, there is nothing more deadly than a feeling of inferiority, a feeling that makes its holder lose all faith in his adequacy. So when he embarks upon a project, he is immediately doubtful of its completion or success and he acts accordingly by gratifying these doubts. Thus he fails. Having self-confidence is a noble virtue, and is a pillar of success in life. It is important to note, though, that there is a vast difference between conceitedness and confidence. Conceitedness means to rely upon a deceitful imagination and false pride. Confidence means to rely upon true abilities; it means fulfilling responsibilities, developing talents and organizational skills.

← Spain: Birds Have Run Out of Food Due to Lockdown So They are Following People Leaving Super Market
A Message of Peace, Hope and Inclusion →