“Certainly will the believers have succeeded:
They who are during their prayer humbly submissive
And they who turn away from ill speech
And they who are observant of zakah (annual charity)
And they who guard their private parts
Except from their wives or those their right hands possess, for indeed, they will not be blamed – 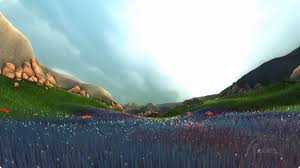 But whoever seeks beyond that, then those are the transgressors –
And they who are to their trusts and their promises attentive
And they who carefully maintain their prayers –
Those are the inheritors
Who will inherit al-Firdaus [the highest level of Paradise] They will abide therein eternally.” Surah Mu’minoon (Qur’an 23:1-11)”

First: “the believers”—These are the ones who believe in Allah subhanahu wa ta`ala (exalted is He) and with all of the obligations of faith, from the angels, books, messengers, the Last Day, to Divine Decree, its good and its bad; they believe in all of this and practice it in their sayings and actions.

Second: “Who are humble in their prayers”—Their hearts are present with them, and they feel as if they are standing between the hands of Allah (swt) speaking to Him with His words, and getting closer to Him with His remembrance, and they make supplication to Him, so they are humble.

Third: “Who shun vain talk”—Vain talk is all that has no benefit, and there is no good in its saying or action, so they stay away from it with their strength and their willingness not to waste time. Just like they make their prayer filled with humbleness, they make their time filled with benefit.

Fourth: “And who pay the zakah”—They pay what they are obliged to, and this is a way to purify their sayings and actions. 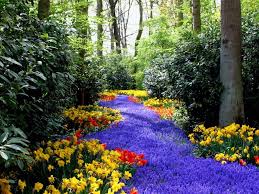 Sixth: “And who are shepherds of their pledge and their covenant”—They do what they promise at its promised time with its promised conditions. Allah (swt) has mentioned the description of the people of Paradise in many different parts of the Qur’an. Allah (swt) mentions them so that whoever desires to go to Paradise will know its requirements.

Another interesting fact that came to my mind as I was going through these ayaat (verses) of the Qur’an—Allah (swt) mentions various qualities from the first till the 9th verse of Surah Mu’minoon, but the concentration and dedication to prayers is mentioned twice. This is one of the various indications in the Qur’an of the importance of salah (prayer). Every time the mu’addhin (caller to prayer) gives the adhaan (call to prayer) he says, “hayya alas salaah,” (come to prayer) and, “hayya alal falaah” (come to success), showing that ultimately success in both this life and the hereafter lies in the amount of connection and remembrance of Allah (swt) that we have. Even the one who cannot move a single muscle in his body is not exempted from prayer, as long as he is conscious. Whether you pray standing, sitting or lying down, you have to pray. Even in the battlefield, Muhammad ? (peace be upon him) laid down the laws of how prayer is to be made. Even during war, prayer was never allowed to slip from the mind of a believer. As establishing prayers in our lives is the key to Paradise, neglecting the prayers, not praying them on time and giving them lesser preference to more “important” stuff is a slippery path to the fire of Hell. May Allah  save us from it.

and here in the Surah  of Ali `Imran , Alllah says (which means) :

And hasten to forgiveness from your Lord and a garden [i.e., Paradise] as wide as the heavens and earth, prepared for the righteous 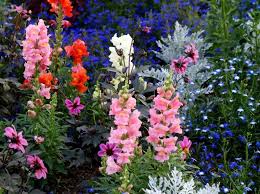 Who spend [in the cause of Allah] during ease and hardship and who restrain anger and who pardon the people – and Allah loves the doers of good;
And those who, when they commit an immorality or wrong themselves [by transgression], remember Allah and seek forgiveness for their sins – and who can forgive sins except Allah? – and [who] do not persist in what they have done while they know.
Those – their reward is forgiveness from their Lord and gardens beneath which rivers flow [in Paradise], wherein they will abide eternally; and excellent is the reward of the [righteous] workers.”
Explanation :

This is the description of the people of Paradise.

First: “the righteous”—These are the ones who fear their Lord, and fear the punishment in the afterlife, and they do what they are commanded obediently, with hopes of being rewarded.

Third: “who restrain anger”—They are the ones who control their anger, and when they get angry they don’t harm those around them from their anger. 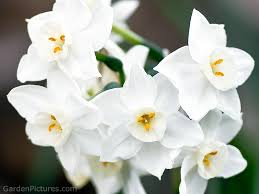 Fourth: “and pardon men”—They are the ones who forgive those who have wronged them. Then Allah says, “for Allah loves those who do good,” which shows that those who pardon others are from the good doers, because they wish to make good ties between the people as Allah (swt) says, “So whoever forgives, and repairs the relationships, indeed their reward is on Allah.”

Fifth: “And those who, having done something to be ashamed of, or wronged their own souls, earnestly bring Allah to mind, and ask for forgiveness for their sins”—The sin to be ashamed of is from the major sins, like wrongfully killing someone, or disobeying parents, or committing zina, or stealing, or taking the money of the orphan, or spending in usury, and other major sins. The sin that wrongs a person’s soul is from the minor sin. So if a person commits a major or minor sin, then they remember the greatness of the One whom they disobeyed and feel fear, then remember His forgiveness and mercy, so they race to it. And for these reasons, they are forgiven. As Allah (swt) says, “And who can forgive the sins except Allah?” This shows that they do not seek forgiveness from other than Allah (swt), because no one else can forgive besides Him.

Sixth: “and are never obstinate in persisting knowingly in (the wrong) they have done”—Meaning they do not continue committing the sin while they know it’s a sin, and they know the greatness of the One 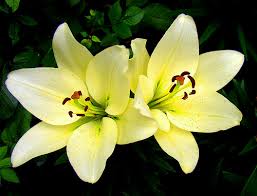 Thus are the people of Paradise, may Allah (swt) make us of them. Our duty now is to try and be among the people of Paradise by internalizing the qualities mentioned above insha’Allah. Sometimes we might think that it’s too tough to maintain it for the rest of our lives. I will leave you with a gem from one of the greatest scholars in the history of Islam. The son of Imam Ahmad once asked his father during times of great oppression, “O my father, when will we be able to rest?” Imam Ahmad ibn Hanbal, may Allah (swt) have mercy upon him replied, “The first day that we put our feet in Paradise.” article source