News is emerging today that a weakness in WhatsApp has allowed spy software on to phones, possibly for years. The implications for our privacy are huge. Civil rights groups are outraged.As the world’s biggest gathering of tech leaders, inventors, writers and shoppers converged on Las Vegas for the Consumer Electronics Show at the start of the year, many noticed an unusual billboard.Apple, the world’s biggest tech company, usually avoids the fray. But, this year, it bought a huge site on the side of the Marriott Hotel overlooking the conference, for a giant poster. “What happens on your iPhone, stays on your iPhone,” read the words — a parody of the famous gambling city’s marketing catchphrase: “What happens in Vegas, stays in Vegas.”..more theday

Yasser Mohammed, a family friend, said Darwish’s mother arrived from Jordan on Friday (March 22nd). “She came yesterday to attend the funeral, and she died this morning as a result of her inability to endure the grief and grief caused by the loss of her son.” “They have another son who lives here,” he said. “They are trying to take the body back to Jordan.” Suad Adwan is one of the relatives of the victims of the massacre who suffered heart attacks in the days that followed…more:  translate beirutobserver.com 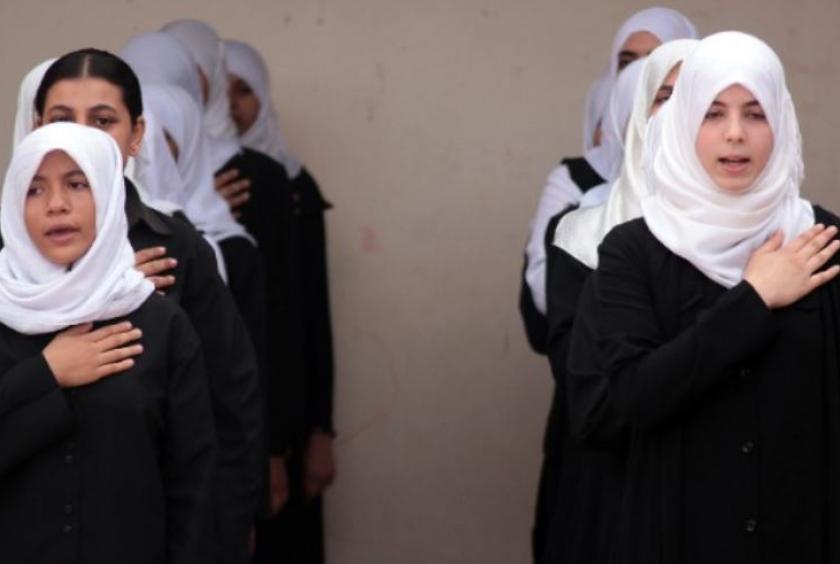 Khaled al-Nubani, of the New Zeeland Herald , spoke of the attack, saying one of his friends was devout in his spirit to protect the rest of the congregation.
Al-Nubani explained … his friend ran towards the terrorist, and managed to disarm him, but the latter fled towards a car was some people waiting for him, to leave the site immediately….MORE: translate.google.com/translatearabi21.com/ An Australian citizen named Brenton Tarrant, aged 28, was attacked Friday by two worshipers in Christchurch, New Zealand, who opened fire directly at worshipers, killing 49 people and injuring 48 others, including children, some seriously.

The attack was broadcast directly through Facebook Live, which documented the operation from start to finish, recorded by a GoPro camera on his head.

It appears in the recording, which apologizes “Arab 21” for the full publication of his reputation as the porter get out of his car and go to the mosque and a barrage of bullets, before entering the corridors of the mosque and continue to fire on the worshipers in a state of panic…more: ARABI21 Before the blood-stained car accident, the killer listened to the music of the Balkan folk melosa. Serbian media claim it is a Chetnik song.
The attacker executed the massacre quietly, and the video was released on Facebook, but soon that social network was dislodged and blocked.
The man entered the mosque Al Nnoor on Friday about 13:30 local time, when Muslim worship prayers took place, and he opened fire. He fired more than 100 hits just inside the mosque.

The visit started with a car in the car and the phrase “Let the party start!” ……more: /dnevnik.hr

A Sydney teenager has been jailed for at least 12 years for preparing a terrorist act, with a judge finding an attack was imminent when the boy was arrested near a Bankstown courthouse and police station in 2016….more: theguardian

END_OF_DOCUMENT_TOKEN_TO_BE_REPLACED

An attack in southern Ontario that sent a Muslim man to hospital appears to have been motivated by hate, police said Wednesday, as his family tried to come to grips with the incident.
Peel regional police said they were called to investigate a fight in Mississauga, at about 9 p.m. on Sunday, and discovered the man being beaten by two people…MORE:  theglobeandmail. “And no bearer of burdens will bear the burden of another. And if a heavily laden soul calls [another] to [carry some of] its load, nothing of it will be carried, even if he should be a close relative. You can only warn those who fear their Lord unseen and have established prayer. And whoever purifies himself only purifies himself for [the benefit of] his soul. And to Allah is the [final] destination.” …