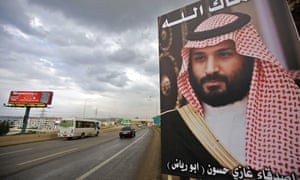 They call diphtheria the “strangling disease”. Parents have to watch helplessly as it slowly clogs the throat and chokes the life out of their children. Thankfully, vaccination has wiped it out in most parts of the world. But not in Yemen. Not this past year. Hundreds of children have been infected, and dozens have died that cruellest of deaths….MORE:  theguardian

The stories of the British aristocrats who converted to Islam.

In 1913, the Daily Mirror newspaper responded to Lord Headley’s conversion in a story headlined “Irish peer turns to Islam”.

“That the lure of Eastern religions is affecting an increasing number of Europeans, is again shown by the announcement that Lord Headley, an Irish peer, who spent many years in India, has become a convert to Islam,” the article stated…more: .aljazeera.com

BBC: Russia vetoes UN move to call Srebrenica ‘genocide’‎ ? and theguardian:   How Britain and the US decided to abandon Srebrenica to its fate? and:  UN Air power ‘could have averted Srebrenica’ | Fulton News