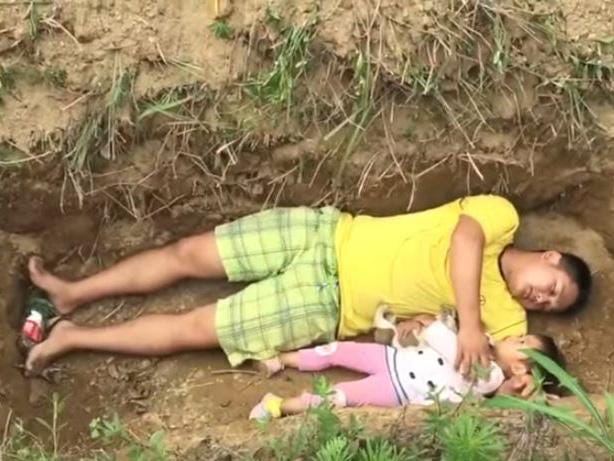 The family of a toddler with a serious blood disorder say they cannot afford to pay for essential treatment – so have dug her a grave for her to “adapt” to.
Zhang Xinlei, a two-year-old from rural China, was born with thalassaemia, a genetic condition that causes a lack of haemoglobin in the blood and can lead to severe tiredness and heart palpatations. Without regular blood transfusions and medication, the disease can cause life-threatening organ damage…more: independent.co.uk/news

A church minister was jailed yesterday after abusing his status as a pillar of the community to hide the fact that he had raped his daughter.

Mark Anderson, 54, who worked at an Apostolic Pentecostal church in Hackney, north London, twice raped Rebekah Anderson in their own home when she was aged nine and 12.

When she was 14, he sexually assaulted her and attacked her causing her actual bodily harm because she tried to tell her mother what had happened.

Rebekah Anderson gave up her right to anonymity to encourage others to share their stories
He was jailed for 19 years after being convicted …more: thetimes.co.uk

According to Bloomington Police, a Muslim woman was sitting at the café with her 9-year-old daughter when a man began shouting derogatory phrases and ethnic slurs at the woman.