A former Senegalese minister announced his abandonment of the “French Legion of Honor, and placing it at the disposal of the French Embassy in Dakar, for the sake of the honor of the Prophet Muhammad,” in response to France’s abuse of Islam. Former Culture Minister Amadou Tejan Won, in a letter to French President Emmanuel Macron, said that he “is not honored to share the same medal with Samuel Patti (the teacher who published insulting pictures of the Prophet), for deep and sacred reasons,” accusing ..MORE: eg24

END_OF_DOCUMENT_TOKEN_TO_BE_REPLACED

Surging coronavirus cases across Europe are triggering new national lockdowns as the continent again shows clear signs of becoming Covid-19’s global epicenter.
After appearing to deal with the virus better than the United States for most of the summer, the European Union and its neighbors are now seeing more new cases per capita than the U.S. average. Daily recorded deaths per capita have caught up with the U.S. too, according to the European CDC…more: nbcnews

The foreign affairs ministry said in a statement that in recent days there had been calls to boycott French products, notably food products, in several Middle Eastern countries as well as calls for demonstrations against France over the publication of satirical cartoons of the Prophet Mohammad…more: reuters

The suspects behind the beheading of a French teacher had actively called for his death online, France’s interior minister said on Monday. Samuel Paty was beheaded on Friday outside his school in Conflans-Sainte-Honorine, in the northern suburbs of Paris, by…

END_OF_DOCUMENT_TOKEN_TO_BE_REPLACED

A French rooster named Marcel has amassed over 74,000 signatures on a petition protesting against his early demise by the gun of a neighbor fed up with his crowing.
The petition demanding “Justice for Marcel” was created by Sebastien Verney, the cockerel’s owner and resident of Vinzieux, a village of 450 people in southern France left rattled by the killing in May this year…MORE:thejakartapost 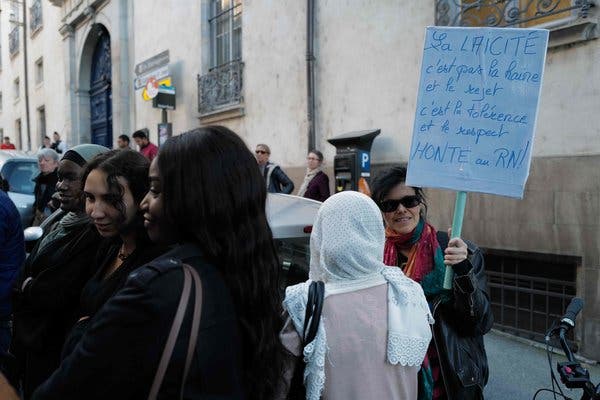 PARIS — A heated debate over France’s values reignited across the country this week, the latest fight in a culture war that has raged for years in universities, the halls of government and even on the beach.

This time, it started with a mother wearing a hijab on a school trip….more: NYTIMES