At WTOP radio station in Washington D.C. he said he called the Augusta County teacher at the center of a controversy surrounding a calligraphy assignment that included an Isl 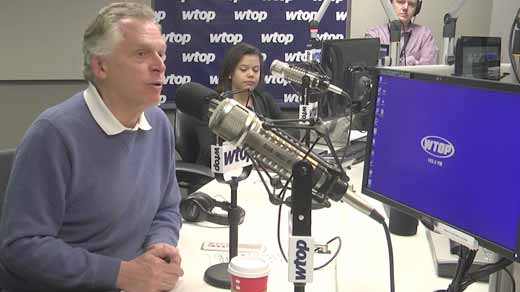 The Governor said he feels it is critical for children to learn about other cultures and for Virginians to be welcoming to all.

The school closed last week for one day after the story made national headlines, and threats came in,….more:  McAuliffe

The Fiqh Committee of AMJA had issued a declaration explaining the issues in the contracts of the Islamic Home Financing Companies in the United States. That ruling was based on the contracts that they used at the time of the issuing of that declaration. With respect to Ameen Housing, two issues were of major concern. One was the late payment fee when a person paid his rent late and the other was the issue

of the cost of maintenance being properly distributed between the two parties wherein Ameen returned a fix percentage of the rent to the buyer/renter regardless of the actual amount of maintenance expenses. After the issuing of that declaration, Ameen Housing—may Allah reward them for responding positively to that declaration—have now discontinued their late payment fee policy and have clarified to the Committee that the distribution of the maintenance expenses is handled in a way that is just….more: amjaonline.org

tory,” a new book project initiated by Dawud Walid (co-founder of Muslims for Ferguson) and Ahmad Mubarak. As we contemplate how to address anti-Black racism within Muslim communities, this can help unravel harmful stereotypes by expanding our appreciation of Black Muslims. The co-authors describe the book as useful for children and adults. Please donate/share! ‪#‎BlackLivesMatter‬ ‪#‎BlackMuslimHistoryMatters‬ Islam has never gone away, and now it is in a rebirth,” he says, referring to the rising number of worshipers worldwide. But this rebirth has brought us a lot of pain and headache.”

Abdul-Baki is referring to the many times in recent decades that extremist factions have hijacked the image of Islam for military and political purposes. “Those people do not represent Muslims,” he says. “My religion stands for the freedom of people to choose. God created you free, and people need to be free. Liberty, equality, freedom, justice — these are essential parts of my faith. Not violence.”…more:  valleyadvocate

When Raghdaa Ali of Dearborn Heights attempted to walk into a cash advance store one day last summer to get a money order, an employee pointed to the Islamic headscarf Ali wore and said: “You need to take it off.” more:  Muslim women fight

The next big fashion trend is already here

Spending on high-end Shariah-compliant clothing by Muslims is surging, just as Islam is growing and on track to become the world’s largest religion by the middle of the century.

Muslim consumers spent about $266 billion on clothing in 2013, the latest year for which data is available, according to the State of the Global Islamic Economy 2014-2015 report commissioned by Thomson Reuters and Dinar……Read more: businessinsider

WASHINGTON — The Arab public has an overwhelmingly negative view of the Islamic State and a clear majority of Arabs support the goal of the US-led coalition to “degrade and destroy” the extremist Islamist group – even though the same public sees the US and Israel as the biggest beneficiaries of the anti-IS fight. more:  .csmonitor.