In light of the current climate of rampant Islamophobia, we at Jewish Voice for Peace were disgusted to learn that anti-Muslim hate groups have called for a “Global Rally for Humanity” outside at least 20 mosques and Islamic centers across the country on October 9-10. These proposed rallies–designed to “take back the Republic,” and in which some of the organizers are encouraging participants to exercise their “constitutional right” to bear arms–are part of a virulent campaign of violent and racist intimidation targeted at Muslims…MORE: JEWISHVOICEFORPEACE.ORG

Muslims Respond To Hateful Protests With Voter Registration Drives
“In the face of hatred, the Muslim community will respond by asserting its rights as American citizens and voters.”…MORE: HUFFINGTONPOST.COM

The American Muslim condition is paradoxical. Muslims in the U.S. live in the best of circumstances and the worst of times.

Most tend to be mainstream, moderate and middle class. They are educated and are well integrated into American society. In fact, they are seen as a model for European countries to emulate. But American Muslims also live in a sociopolitical climate in which Islamophobia is …more: /america.aljazeera 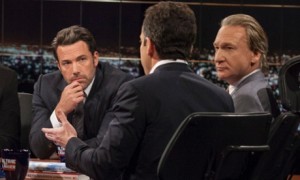 If there’s one issue these days that unites self-identifying liberal and conservative political pundits who otherwise can never seem to agree on anything, it’s bashing Islam.

Last week, stand-up comedian and political commentator Bill Maher invited a scholar on religion, Reza Aslan, as a guest on his HBO talk show “Real Time” and proceeded to lambast him with inaccurate generalizations regarding the status and treatment of women in Islam.

Specifically, Maher wrongly painted female genital mutilation (FGM) as “an Islamic problem” and alleged that Islam does not respect the rights of women. more  /www.patheos.com