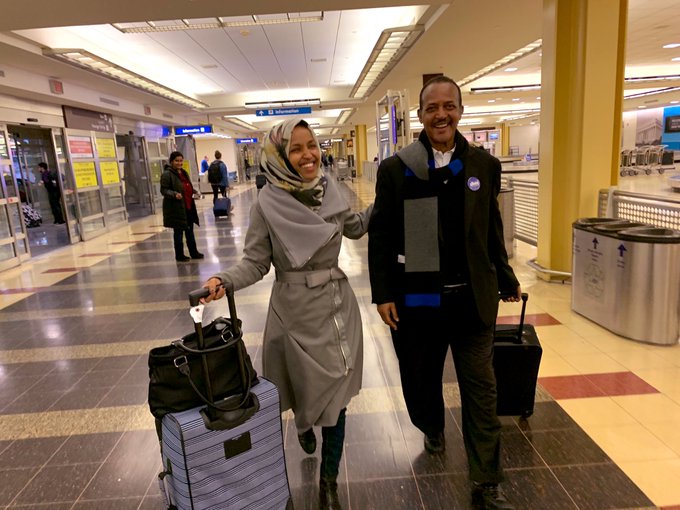 Ilhan Omar, who lived in a Somali refugee camp when she was a girl and was elected to the US Congress last week, has said she hopes her victory would give hope to those whose childhoods resembled hers.
Omar fled the civil war in Somalia with her family in 1991 and spent four years in the Utango camp, near the Kenyan coastal city of Mombasa, before arriving in the US with her six brothers and sisters under a resettlement programme.theguardian.. #Hope #Ilhan Malcolm X was an American Muslim minister and human rights activist. To his admirers he was a courageous advocate for the rights of blacks, a man who indicted white America in the harshest terms for its crimes against black Americans. But his detractors accused him of preaching racism and violence…. arabnews

MECCA, Saudi Arabia (AP) — As Shahidah Sharif, an African-American Muslim, joined millions of fellow pilgrims from around the world on the hajj this year, she felt a…more: TIMESUNION.COM

in memory of acclaimed war correspondent Marie Colvin, and all courageous men and women who stood for human rights. she was Born: January 12, 1956, Oyster Bay, NY, Died: February 22, 2012, Homs, Syria

. MORE ABOUT THIS VERSE IN THE HOLY QUR’AAN

The Known Universe takes viewers from the Himalayas through our atmosphere and the inky black of space to the afterglow of the Big Bang. Every star, planet, and quasar seen in the film is possible because of the world’s most complete four-dimensional map of the universe, the Digital Universe Atlas that is maintained and updated by astrophysicists at the American Museum of Natural History. The new film, created by the Museum, is part of an exhibition, Visions of the Cosmos: From the Milky Ocean to an Evolving Universe, at the Rubin Museum of Art in Manhattan through May 2010

Israa and Miraaj Israa literally means a journey by night and Miraaj literally means an elevator, i.e., an instrument which lifts something up. But, in Islaam, Israa refers to a miraculous night-journey made by the last Prophet (sallallaahu alayhi wa…