The Messenger of Allāh ﷺ said: “Mercy is not removed except from the wretched – Loser-  (ones).” 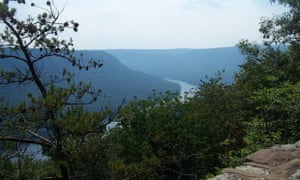 A judge’s decision to release a Tennessee man on bail after he was recorded threatening to stab, shoot and firebomb a Muslim community in upstate New York has been criticized by civil rights activists.

Robert Doggart, 63, and a former candidate for Congress, said he wanted to take his “battle-tested M-4” military-style assault rifle, “with 500 rounds of ammunition, light-armor piercing”, a pistol with three extra magazines and a machete to burn down “the kitchen, the mosque and their school” in the hamlet of Islamberg, according to a criminal complaint against him…MORE:  theguardian Islam has never gone away, and now it is in a rebirth,” he says, referring to the rising number of worshipers worldwide. But this rebirth has brought us a lot of pain and headache.”

Abdul-Baki is referring to the many times in recent decades that extremist factions have hijacked the image of Islam for military and political purposes. “Those people do not represent Muslims,” he says. “My religion stands for the freedom of people to choose. God created you free, and people need to be free. Liberty, equality, freedom, justice — these are essential parts of my faith. Not violence.”…more:  valleyadvocate

“It is deeply troubling that an individual who has a

dmitted to planning a religiously-motivated terror attack on American Muslims is now free, while the intended targets of his plot remain unprotected,” CAIR National Executive Director Nihad Awad said in a statement. ”

Robert Rankin Doggart, a former candidate for Congress, admitted in federal court to “plotting the annihilation…….We’re gonna be carrying an M4 with 500 rounds of ammunition, light armor piercing. A pistol with three extra magazines, and a machete. And if it gets down to the machete, we will cut them…more: NKPROGRESS.ORG

The Messenger of Allah, peace and blessings be upon him, said, “Those who are merciful will be shown mercy by the Merciful. Be merciful to those on the earth and the One above the heavens will have mercy upon you. The womb is derived from the Merciful, so whoever keeps relations with his family then Allah will keep relations with him, and whoever abandons his family then Allah will abandon him.”dailyhadith (authentic)

“O mankind, indeed We have created you from male and female and made you peoples and tribes that you may know one another. Indeed, the most noble of you in the sight of Allah is the most righteous of you. Indeed, Allah is Knowing and Acquainted.” (Surat Al-Ĥujurāt (The Rooms) – سورة الحجرات)

A white South Carolina police officer was arrested and charged with murder Tuesday after video showed him fatally shooting a fleeing, unarmed black man in the back….more: GRAPHIC VIDEO  – HUFFINGTONPOST.COM
Page 7 of 9
« 1 … 5 6 7 8 9 »