There has not been a lot of good news lately. But with the discharge of Boris Johnson from hospital on Sunday, and statements that the “peak” strain on the National Health Service would be over the Easter period, you might be under the impression that the storm is passing, and the Covid-19 pandemic will soon be a memory. theguardian

Countless studies, statistics, investigations, and anecdotes tell us that a person’s race can determine the kinds of interactions he or she will have with the police — and how likely it is that he or she will survive the encounter. At this point, this reality is largely beyond debate…more:

Especially good for: People who want to learn about Black leaders of the Civil

Right’s Movement beyond Martin Luther King Jr. Malcolm X is an especially misunderstood figure who is often painted as violent and prejudiced against White people, but this book helps understand all of the nuances of his powerful personality, as well as how he went from  being a disaffected petty criminal to one of the Civil Rights Movement’s most seminal leaders….more:  muslimgirl.net 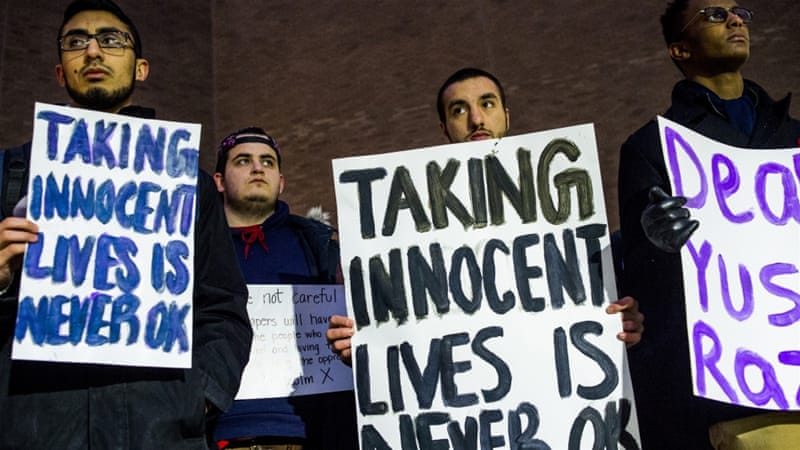 Their religion mattered most for US media outlets as well, who lagged to cover the story…

An Arab and Muslim culprit and white victims would have spurred immediate media attention, write Beydoun and Tonova [AP]

Irrespective of what rallying cries, signs or adapted hashtags proclaim, Muslim lives in America don’t matter. The aftermath of the murder of the three American students in Chapel Hill, and the broader context that spurred it, reconfirms this brutal truth.  MORE:  muslim-lives-don-matter