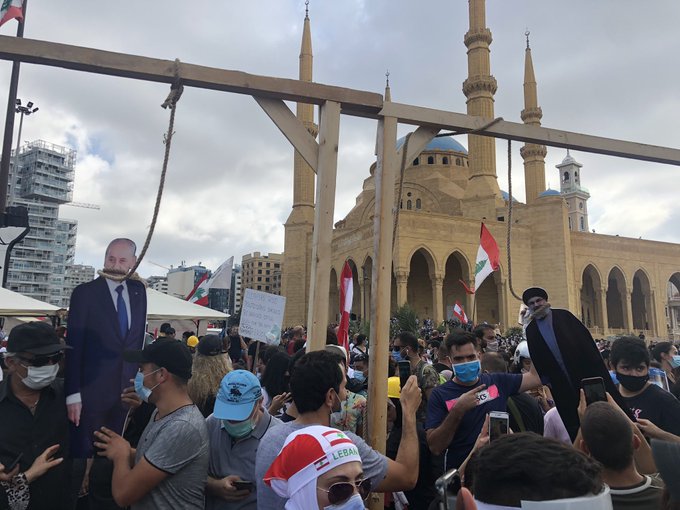 At least one protester carried a sign reading: “My government murdered my people,” according to an image shared on social media. Lebanese journalist Timour Azhari, Al Jazeera’s Beirut correspondent, described the demonstration as the “largest participation in rioting that I’ve seen so far.”

By early Saturday evening, demonstrators had managed to storm and occupy several government buildings, including the Ministry of Foreign Affairs…MORE: newsweek

ALI BASAL AND Samer Mazeh had just left a protest on the Ring Bridge in central Beirut on the night of November 14. Suddenly, they were swarmed by a small group of unidentified men. Within earshot of the packed bars on the popular Gemmayzeh Street, one of the men tried to arrest Mazeh as Basal demanded to know who they were. Minutes later, an army vehicle arrived and a man claiming to be a military intelligence officer jumped out….MORE: theintercept.com 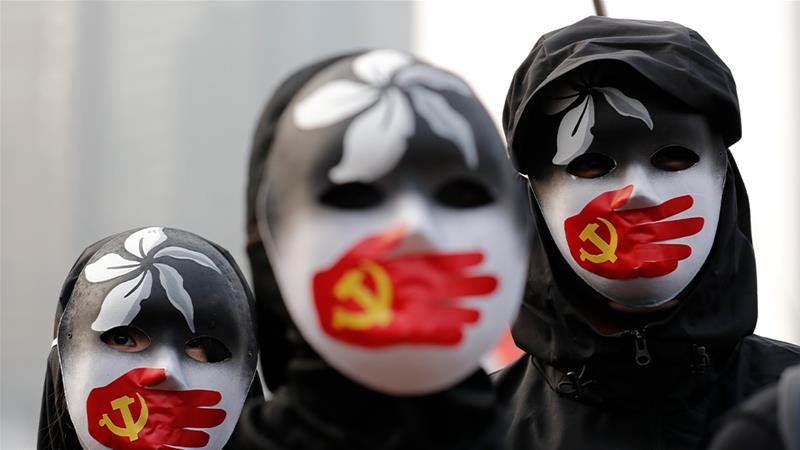 Riot police in Hong Kong broke up a rally in support of China’s Uighurs on Sunday – with one officer drawing a pistol – after the initially peaceful protest descended into chaos when a small group of protesters removed a Chinese flag from a nearby government building and tried to burn …more: www.aljazeera.

BEIRUT, Oct 27 (Reuters) – Protesters formed a human chain across Lebanon on Sunday, the eleventh day of unprecedented rallies against politicians accused of corruption and steering the country towards an economic collapse unseen since the 1975-90 civil war.
Protesters joined hands along Lebanon’s coastal roads attempting to span 171 kilometres from south to north. The country has been paralysed …..more: Reuters

“”It was spontaneous,” Jabbour said. “He likes this song. He hears it many times at home and laughs.”
The video quickly spread across Lebanon–so quickly, Jabbour said, that her husband saw the video before she could tell him about it.” ‘…more: CNN

The friends continued their peaceful protests and decided to offer roses with bottles of water to the soldiers. Hiba remembers when, one night, another prominent Daraya activist, Ghiath Mattar, came to their house with flowers and bottles of water and stayed up all night with Islam, writing messages in preparation for the demonstration the following day. She sends me a photo of a rose affixed to a water bottle with an elastic band, and a handwritten message from Islam to the soldiers: “We are Syrians, why are you killing us?”…more: newstatesman

At one point, a few pick-up trucks bearing Confederate flags and a few cars — many with out-of-county tags — gathered at the entrance to the parking lot. Sheriff’s deputies met the group, and those cars soon dispersed.