A powerful photograph of a one-legged Syrian father holding his son born without lower or upper limbs has been recognized as the Siena International Photo Awards (SIPA) 2021 photo of the year. Turkish photographer Mehmet Aslan was recognized as the overall winner with his photo “Hardship of Life.” https://sipacontest.com/

he Syrian government is siphoning off millions of dollars of foreign aid by forcing UN agencies to use a lower exchange rate, according to new research. The Central Bank of Syria, which is sanctioned by the UK, US and EU,…

END_OF_DOCUMENT_TOKEN_TO_BE_REPLACED

Staffan de Mistura, the former UN special envoy to Syria, has said he quit the post last year because he realised Bashar al-Assad had won the territorial civil war in Syria and he could not bring himself to shake the president’s hand.
He also said he was furious when Russia and the US reached a deal in autumn 2016, before the US election, to de-escalate the civil war by grounding the Syrian air force and separating al-Nusra terrorist forces from the Syrian opposition – a deal that fell apart after a Syrian army attack on a UN aid convoy killed more than 20 people..more:.TheGuardian 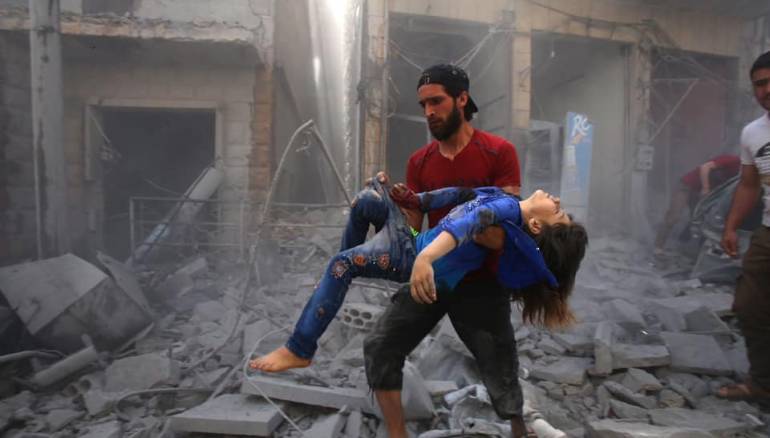 (1) Bashar al-Assad’s murderous actions against the people of Syria have directly contributed to the deaths of more than 480,000 civilians, led to the destruction of more than 50 percent of Syria’s critical infrastructure, and forced the displacement of more…

END_OF_DOCUMENT_TOKEN_TO_BE_REPLACED

…UN agencies such as the World Health Organization (WHO) have permitted the Assad regime to take control of the $30 billion international humanitarian response, using donor funds to skirt sanctions and subsidize the government’s war effort. The bulk of these billions in diverted funds are from the same Western governments that imposed the sanctions…more: foreignaffairs

Today was my first day in the basement. I ran down after missiles struck our house at night. In under two minutes, my family and I crossed 150 meters to the nearest makeshift shelter for women and children. We had no time to take any of our belongings with us. We just wanted to escape the hellfire raining on us….more CNN