“(24) (10:24) The example of the life of this world (which has enamoured you into becoming heedless to Our signs) is that of water that We sent down from the heaven which causes the vegetation of the earth, which sustains men and cattle, to grow luxuriantly. But when the earth took on its golden raiment and became well adorned and the owners believed that they had full control over their lands Our command came upon them by night or by day, and We convened it into a stubble, as though it had not blossomed yesterday. Thus do We expound the signs for a people who reflect.”…more:https://quran.com/10

The World If is an annual collection of scenarios in the fields of politics, business, technology and history. Just suppose… Click to reveal the cover. Politics. If France’s reforms succeeded. Suppose France’s president manages to transform his country and his continent. Politics. If Thailand had a reformed monarchy….more: http://worldif.economist.com/ 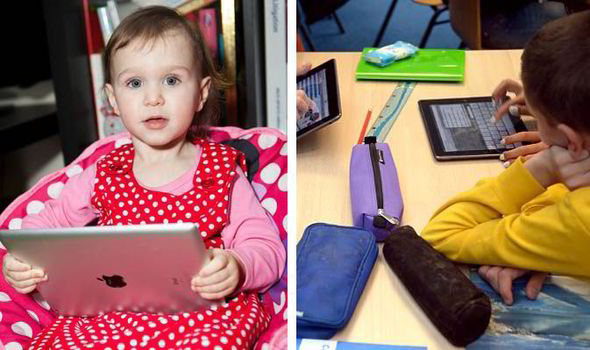 She may be only 18 months old but Chloe McNamara could teach many adults a thing or two about touchscreen technology.

The toddler has already learnt her colours and the names of farm animals on the shiny new iPad which she received for Christmas from mum Ewelina Krzysztofik of east London. more  express.co.uk

END_OF_DOCUMENT_TOKEN_TO_BE_REPLACED

Analysis by Jesse Emspak In Isaac Asimov’s “Foundation” series, the future of masses of people can be predicted with “psychohistory,” a method of predicting future political and social trends, using a device called the “Prime Radiant.” In the 1950s, there…