This weekend the weather held out for us as we walked for the Fight Against Hunger hosted by the I.S.W.M. Over 100 people gathered to support the cause! All donations were given to the West Springfield Food Pantry. 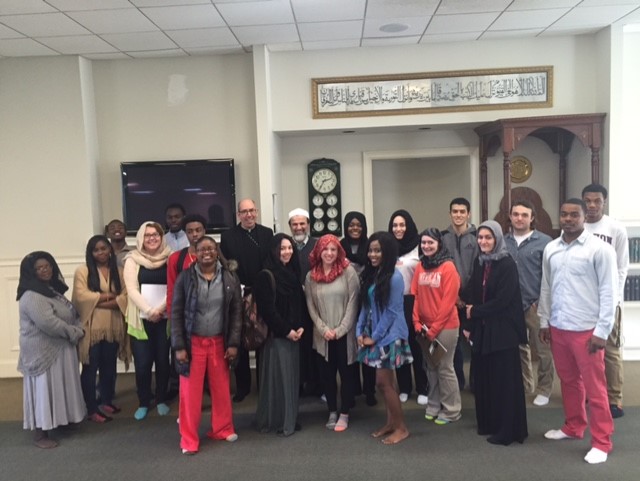 They believe in Mary and a virgin conception, in fact they speak of Mary far more than Christians do; they have a whole chapter entitle “Mary” in the Quran. However they don’t believe that Jesus Christ was the son of God. But instead a prophet of a single and all powerful God (Allah), who sees and knows all, has always existed and always will. Muhammad was the last prophet and the most influential to Islam (the founder). The Islamic religion also possesses rules, which resembles the bill of rights as the Imam explains. This bill emphasizes faith, first and foremost, followed by life, then intellect, fourth is family and the last is economy.

The Imam was very open to questions, in fact he encouraged and invited questions….MORE: aicyellowjacket.com

WEST SPRINGFIELD, Mass. (WWLP) – Cut down and stolen, a symbol of the holiday season is now missing from its place on the West Springfield Town Common. West Springfield Mayor Will Reichelt told 22News that the Christmas tree at the gazebo on the Common has been stolen. …WWLP.COM

There are almost 1,900 mosques in the

United States today, according to the Pew Forum on Religion & Public Life.

Beginning in 1982, the Islamic Society of Western Massachusetts in West Springfield was the first place of worship in western New England built specifically as a mosque. Its construction was financed solely by members and supportive Muslims in the surrounding area…MORE:  iipdigital.usembassy.gov

The Executive Office of Energy and Environmental Affairs administers the program enacted by the legislature in 2008, that now includes 155 cities and towns…more:  .masslive

END_OF_DOCUMENT_TOKEN_TO_BE_REPLACED

evening of the driver who was killed late Nimat Umarov, second from the left in the first row, with his fellow West Springfield High School wrestling teammates. The 18-year-old native is a recent graduate of West Springfield High School. Capt. Michael Banas said Umarov was killed just before midnight on Wednesday when he hit a guardrail while driving at high speeds and was ejected from the car…more: masslive