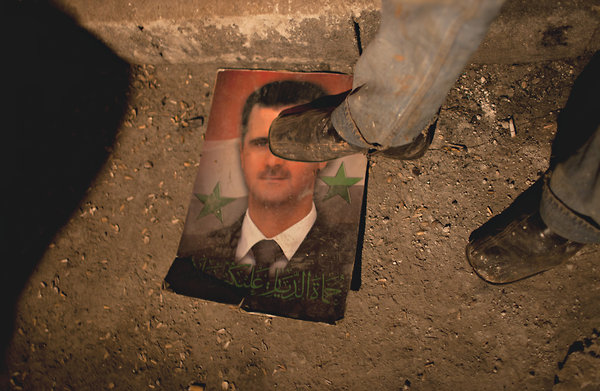 THE conflict in Syria has reached a tipping point, but not one that promises a quick end to the fighting. With or without Bashar al-Assad as its leader, Syria now has all the makings of a grim and drawn-out civil war: evenly matched protagonists who are not ready for a cease-fire, and outside powers preoccupied with their own agendas and unable to find common ground.

There is no easy way out of such a stalemated struggle, and this one threatens the stability of the whole Middle East. So the United States and its allies must enlist the cooperation of Mr. Assad’s allies — Russia and, especially, Iran — to find a power-sharing arrangement for a post-Assad Syria that all sides can support, however difficult that may be to achieve.

Until now, Washington has seen the developments in Syria as a humiliating strategic defeat for Iran, and it has largely sat on the sidelines, trying to draw diplomatic cooperation from Russia. The administration and its critics alike may think that involving Iran in any resolution to the conflict would throw Tehran a lifeline and set back talks onIran’s nuclear program. But a breakup of Syria — and the chain of events that such a breakup would inevitably set in motion — poses a graver threat to the Middle East and to America’s long-run interests in the region than does Iran’s nuclear program. And Iran has much more influence with the Assad leadership than does Russia……

to read the entire article  http://www.nytimes.com/2012/07/29/opinion/sunday/after-syrias-assad-falls-the-us-must-work-with-iran.html

← Cartoon: Purify Your Gaze… Stay Productive
Save a Child and Save the World! →