The Meaning of “Strangeness”:
Many times in many situations the people that follow the religion of Allah feel a sense of not belonging, of being out of place, of not fitting in, and, in other words, of being strange. This feeling could occur in a gathering of non-Muslims, but, unfortunately, this feeling sometimes also occurs when one is with his fellow Muslims. A person sees his brothers and sisters doing acts that are contrary to Islam, or taking part in innovations that sometimes even border on kufr (apostasy), yet he feels that he does not have enough power or courage to stop them in these acts. Some brothers and sisters, especially if they do not have enough taqwa or Islamic knowledge, sometimes buckle under the pressure of their peers and join in these acts, knowing that this is not what Allah wants them to do. However, feeling helpless, since it seems that they are alone in their ideas and without any support to help them do what is right, they succumb to such pressures.
These brothers and sisters, may Allah have mercy on them, should take consolation in the verses of the Qur’an and the many statements of the Prophet (peace be upon him) describing this very situation of strangeness that they feel.
Why Have They Been Called “Strangers”?
Allah says in the Qur’an, “If only there had been, in the generations preceding you, people having wisdom, prohibiting others from evil in the earth; except a few of those whom we have saved from among them.” (Hud 116).
This verse speaks of the few people on earth, the “strangers”, who prohibit mankind from evil. These are the same people the Prophet (peace be upon him) spoke about when he said, “Islam began as something strange, and it shall return to being something strange, so give glad tidings [ar. Tooba. This is a tree in Paradise. So the Prophet (peace be upon him) is giving the good news of Paradise to these strangers.] to the strangers.” It was asked, “Who are those strangers, O Messenger of Allah?” He replied, “Those that correct the people when they become corrupt.” [Reported by Abu Amr al-Dani, from the hadith of ibn Masoud. It is authentic according to al-Albani. Another narration says, “Those that correct my sunnah which has been corrupted by the people after me.”] In another narration he said in response to the same question, “They are a small group of people among a large evil population. Those who oppose them are more than those who follow them.” [ authentic Hadith]

These praiseworthy people are called strangers since they are a small minority among mankind. Thus, Muslims are

In reality, however, their strangeness is only because they are the minority and it is not because their actions and beliefs are strange. This is what Allah says in surah al-Anaam, “And if you obey most of the people on Earth, they will lead you astray” (al-Anaam 116). Allah also says, “And most of mankind will not believe, even if you (O Muhammad) desire it eagerly” (Yusuf 103); “And truly, most of mankind are rebellious and disobedient (to Allah).” (al-Maidah 49); “But nay, most of mankind are ungrateful” (Yusuf 38). Therefore, Allah, the all-Knowing Creator, knows the most of mankind will not follow the truth. Instead, only a small group of people will be set apart that truly and correctly believe in Him, the strangers from among mankind.

The strangers in belief, however, and the strangers in character and actions are in reality the majority of mankind, for they are strange to Islam and to the laws that Allah has revealed. Thus we see that there are various types of strangeness, of which some are praiseworthy, some are blameworthy and some are neither praiseworthy or blameworthy. We will discuss these various categories separately below.

The Various Types of Strangeness

You should know, may Allah have mercy upon you, that strangeness is of three types:

The first type of strangeness is the strangeness of the “People of Allah and the People of His Messenger” (peace be upon him), which we mentioned previously. This strangeness is a praiseworthy strangeness, as it has been praised by Allah and His Messenger (peace be upon him). Therefore, this kind of strangeness should be sought and its people must be supported. This strangeness occurs in different times, in different places, and among different peoples. These strangers, then, are the true “People of Allah” for they do not worship ought save Him, and they do not take support from any path except the path of the Prophet (peace be upon him), and they do not call to anything except that which has been brought by the Prophet (peace be upon him). These are the people who left mankind when they (the strangers) were in need of them the most. For, on the Day of Judgment, when all other groups will go with that which they used to worship, they will stay in their places. It will be said to them, “Will you not go as the other people have gone?” They will answer, “We had abandoned the people (in this life), and we were more in need of them then we are today, and we will wait for our Lord whom we used to worship.” [Recorded by al-Bukhari and Muslim]
Thus it is apparent that this strangeness does not cause its bearer any discontent. Rather it is a comforting strangeness, a solace to the believers. This is because he knows that his helpers are Allah, His Messenger and those who believe [This is a reference to verse 55 of surah al-Maidah], even if all of mankind left and abandoned him. These strangers are again described in a hadith narrated by Anas ibn Malik, in which the Prophet (peace be upon him) said, “It is possible that a disheveled, dusty person, with not many belongings [Literally, “with two headdresses”], who is not noticed among the people, if he asks of Allah, Allah will fulfill his prayer.” [Reported by at-Tirmidhi and al-Hakim. Al-Albani said it is authentic.] Al-Hasan al-Basri [a very famous Follower – tabi` – known for his piety, asceticism and knowledge] said, “A believer is a stranger in this world, he is never afraid of its humiliation, and he never competes for its glory. The people are in one situation and he is in a different situation. The people are content with him, yet he is in turmoil [Literally, “tired”] with himself.”
From the characteristics of these strangers that the Prophet (peace be upon him) described is the holding on to the sunnah of the Messenger (peace be upon him), even if the people abandon it. They, the strangers, leave all the innovations that their people invent, even if such practices should be common among them. They also stick to tawheed, even if the people corrupt it with shirk. They do not ascribe themselves to anything besides Allah and His Prophet (peace be upon him); they do not, that is, ascribe themselves to a shaikh, tariqah, particular madhhab or a group of people. They are dedicated only to Allah, with their sincere worship of Him and Him alone, and to His Prophet 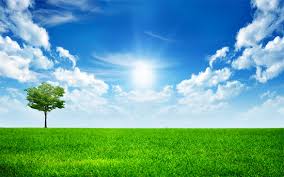 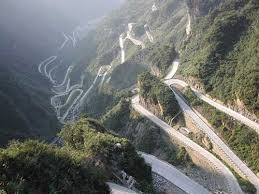 though its outward signs and external relics are well known and widespread. [This is what ibn al-Qayyim, wrote in the 8th Century of the Hijrah, wrote. Imagine our situations six centuries after him. May Allah protect us.]
How can it not be so, when these strangers are only one group among seventy-two others [the Prophet (peace be upon him) said in an authentic hadith that this Ummah would divide into seventy-three groups, all of which would go to Hell except the one Saved Group.], each of which follows its own desires and takes its passions as gods? Those are the groups that base their teachings on doubts and innovations and whose sole purpose is the gratification of their own desires. Thus, the group whose goal is to achieve the pleasure of Allah by following the path of His Messenger (peace be upon him) will be the strange one among all of the other groups.
This is why the true Muslims – those that adamantly cling to the Sunnah – will have the reward of fifty Companions. When the Prophet (peace be upon him) was asked about the verse, “O you who believe! Take care of your own selves. If you follow right guidance, no harm can come to you from those who err” (al-Maidah 105), he said, “Nay indeed, order good and forbid evil until you see stinginess being obeyed, and desires being followed, and this world preferred [over the next], and each person being deluded by his own opinions. Then take care of yourself and leave the common people. For indeed, after you there will be days of patience, where patience will be like holding on to glowing embers. Whoever is able to do this will have the reward of fifty people that do like him.” They asked, “O Messenger of Allah, the reward of fifty of them?” He replied, “The reward of fifty of you” [Recorded by al-Tirmidhi and Abu Dawud , it has supporting evidence.]. This reward is due to his strangeness among the people.
So, if the believer whom Allah has blessed with wisdom and knowledge wants to tread upon this path, the path of Allah, then let him be prepared to resign himself to the life of a stranger among his people, just like his predecessors who accepted Islam were treated by the people. For indeed, he will be a stranger in his beliefs, because his people have corrupted their beliefs. He will be a stranger in his religion, due to what the people have done to it. He will be a stranger in his manner of praying, because the people are ignorant of the prayer of the Prophet (peace be upon him). He will be a stranger in his ordering of good and prohibiting evil, for the people have taken what is evil as good and they have abandoned what is good as evil. In short, then, he will be a stranger in all his matters of this world and the Hereafter, calling to the path of Allah and withstanding the harm of all those that go against him.

The third category of strangeness is, in essence, neither praiseworthy or blameworthy. It is the strangeness that a traveler experiences when he travels to a different country, like a person who lives in a place for a short period of time, knowing that he has to move on. One aspect of this strangeness is that all of us, whether we realize it or not, are strangers in this world, for we will all go one day to our permanent abode in the Hereafter. This is the meaning of the hadith of the Prophet (peace be upon him) when he told Abdullah ibn Umar, “Live in this world as though you are a stranger or a wayfarer.” Thus, this category of strangeness has the potential to become a praiseworthy strangeness if we realize the meaning of this statement of Allah’s Messenger (peace be upon him).
We pray that Allah bless us to be Muslims, knowledgeable and pious, and that He forgive us our sins and bless us with His Mercy.
Glorified be your Lord, the Lord of Honor and Power! (He is free) from what they attribute to Him And Peace be on the Messengers. And all Praise and thanks be to the Allah, the Lord of the Worlds.