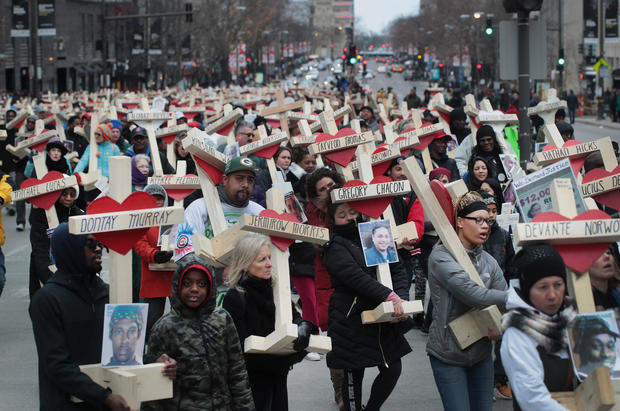 In America’s urban centers, 3,081 people were murdered in the first half of 2017, according to the Major Cities Chiefs Association Violent Crimes Survey. That’s up from 2,994 people for the same period in 2016.

Here are murder rates in 61 cities and major urban centers across the U.S. for the first half of 2017. The rates are calculated per 100,000 residents, based on the most recent population data for each city. …more: CBS