False information, is the most powerful weapon used against Muslims, Listen to this smear-caster….Then read…

There’s a video going around about Muslim demographics in Europe. It was put up by FriendofMuslim, which turns out is a pseudonym for a Christian evangelist. As a side note, this is a common attitude among evangelists, shared by both Christians and Muslims – I convert you because I’m your friend.

I received this clip from people, and I also saw several blog posts about it, and it seems to me that everybody is taking this clip as the gospel truth (pun intended). However, there are several major problems with it: it doesn’t cite sources, it mis-cites sources, and it gives erroneous information. There are sometimes references to sources on the bottom right, though they’re very hard to see.

I originally thought to run down every single fact this clip claims, but I am not sure it’s worth my time and effort to work so hard to verify a clip, when the clip’s author didn’t put in the basic effort needed to double-check his sources.

The clip starts by asserting that a culture cannot sustain itself for more than 25 years with a fertility rate of less than 2.11 children per family. A rate of 1.9 has never been reversed in history and a rate of 1.3 is impossible to reverse. Why? Apparently, if today people only have 1.3 children, the entire country is doomed to have under-replacement levels of fertility forever, or at least until the next generation. This ignores the fact that some European countries are showing a bounce in births. Besides which, Europe has a problem with biological infertility, and it remains to be seen whether this affects the Muslim population as well.

I have a problem with demographic forecasts. They tend to assume that the world is constant and make their 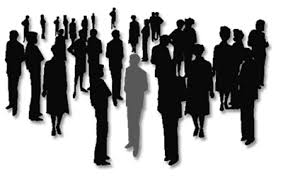 calculations accordingly. However, the world isn’t constant. As the clip stresses quite a few times: The world is changing.

Of course, as doomsayers are prone to say, it’s changing for the worse. In a matter of years Europe as we know it will cease to exist. Of course, the maker of the clip doesn’t really stress the fact that Europe today is not the same as it was 100, 60, or 40 years ago.

The clip says that 90% of European growth comes from Islamic immigration. This sounds very high to me. If anybody can give me a source, i’ll try to verify it. Muslims do make up a significant portion of non-Western immigration to Europe. In recent years, though, Poles and other East Europeans have been overtaking Muslims and other non-Westerns in immigration to northern Europe.

Then the clip gets down to the real demographic scaremongering. I’ll pick out what I know for certain is not true. Muslims in France do not have 8.1 children per family, and it is very doubtful France will be Muslim 40 years from now.

In the last 30 years, Muslim population in UK rose from 82,000 to 2.5 million. The clip just forgets to mention that this makes the Muslims a whopping 3.3% of the population.

In the Netherlands – 50% of all newborns are Muslim and by 2024 half the population will be Muslim. I don’t know where those statistics are from. According to Statistics Netherlands, they expect a Muslim population of 8% or lower in 2050 (Quoted in an article (PDF, NL) published by Netherlands Interdisciplinary Demographic Institute)

In Russia, 20% of the population is Muslim (surprisingly enough, most of those Muslims live in the Muslim republics), and 40% of the Russian army will soon be Muslim. One would think that shows that Russian Muslims are patriotic.

The clip claims that also in Belgium 50% of newborns are Muslim, but then it goes on to say that 25% of the population are Muslim too. It sounds to me like he’s talking about Brussels. I hope people can differentiate between a country and its capital.

This same article quotes Walter Rademacher of the German Federal Statistics Office who says quite clearly: “Even those people who are immigrants adopt after a couple years the lifestyle and the number of children per family. So the assumption that immigrants will stick to their habits is simply not true.” This is a point that most demographic doomsayers prefer to ignore. Second generation immigrants have fewer babies and marry at an older age, acting more and more like the native ethnic population. It is true that this is offset by the incoming immigration, but then it becomes a problem of immigration, not a ticking timebomb of the local population.

The clip then quotes Muammar Qaddafi as the expert on Islamic demographics in Europe. It is true that there are many Muslim leaders who brag about the fact that Islam will soon take over Europe, America and the world. I don’t see a reason to believe them, though.

According to the clip the German government expects there to be 104 million Muslims in Europe within the next 20 years. Again, no source, but keep in mind that Europe, in this context, is the entire continent, including those countries with a Muslim majority or large local Muslim minority.

The clip then moves to Canada and the US, and discovers that Islam is an evangelizing religion.

The final conclusion is that Christianity should start evangelizing too. Though I doubt it ever stopped.

Currently Europe has a Muslim population of 3-5%, in most countries. And currently, this very small minority is reason for serious debates and the rise of anti-immigration, anti-Islam and anti-minority parties. In the past Europe was a very intolerant society, a situation which has changed only in the past couple of centuries, or even in the past few decades. The situation now is differnet, but the world is a constantly changing place, and so is Europe. I think that any demographic study should take that into account.
You might also like: