In Islam the sphere of prohibited things is very small, while that of permissible things is extremely vast. There is only a small number of sound and explicit texts concerning prohibitions, while whatever is not mentioned in a nas as being lawful or prohibited falls under the general 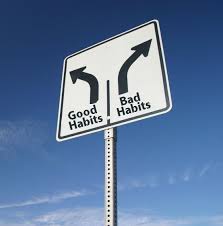 principle of the permissibility of things and within the domain of Allah’s favor. In this regard the Prophet (peace be on him) said: What Allah has made lawful in His Book is halal and what He has forbidden is haram, and that concerning which He is silent is allowed as His favor. So accept from Allah His favor, for Allah is not forgetful of anything. He then recited, “And thy Lord is not forgetful.” (19:64) (This hadith was reported by al-Hakim, cla88ified as sahih (sound), and quoted by al-Bazzar.)

Salman al-Farsi reported that when the Messenger of Allah (peace be on him) was asked about animal fat, cheese, and fur, he replied, “The halal is that which Allah has made lawful in His Book and the haram is that which He has forbidden, and that concerning which He is silent He has permitted as a favor to you.” (Reported by al-Tirmidhi and Ibn Majah.)

Thus, rather than giving specific answers to what the questioner had asked, the Prophet (peace be on him) referred to the general criterion for determining the halal and the haram. Accordingly, it is sufficifor us to know what Allah has made haram, since what is not includedin it is pure and permissible. The Prophet (peace be on him) also said: Allah has prescribed certain obligations for you, so do not neglect them; He has defined certain limits, so do not transgress them; He has prohibited certain things, so do not do them; and He has kept silent concerning other things out of mercy for you and not because of forgetfulness, so do not ask questions concerning them. (Reported by aI-Darqutni and classified as hasan (good) by al-Nawawi.)

I would like to emphasize here that the principle of natural permissibility is not only limited to things and objects but also includes all human actions and behavior not related to acts of worship, which may be termed living habits or day-to-day affairs. Here again, the principle is that these are allowed without restriction, with the exception of a small number of things which are definitely prohibited by the Law-Giver, Allah Subhanahu wa Ta’ala, Who says: …He (Allah) has explained to you what He has made haram for you…. (6:119) including both objects and actions.

The case is different, however, in relation to acts of worship. These are purely religious acts which can be taken only from what Allah Himself reveals. Concerning this we have a sound hadith: “Any innovation in our matter (worship) which is not a part of it must be rejected.” (This hadith is classified as muttafaq’alayh (“agreed upon” by the two great scholars al-Bukhari and Muslim).) READ MORE