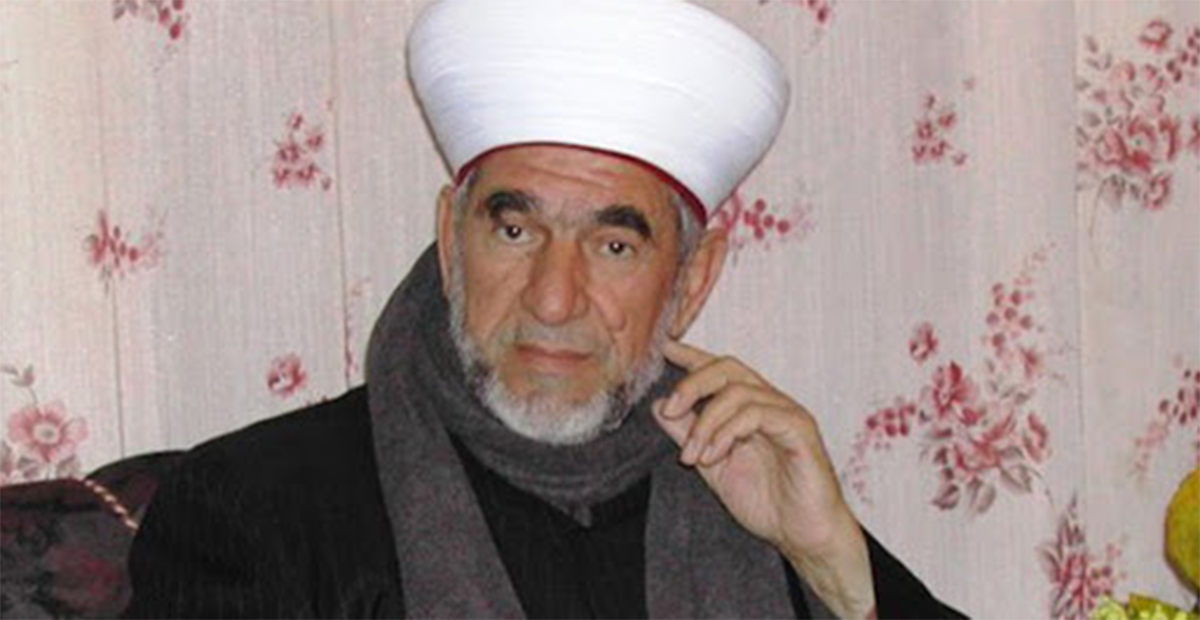 His Eminence, the Grand Mufti of Zahle and the Bekaa, Sheikh Khalil Mohieddin Al-Mays 1941-2021

His Eminence the Grand Mufti Sheikh “Khalil Al-Mays” was born in the middle of the Bekaa Valley, where he received his first studies in its schools, under the patronage of his father, the mayor of the town.

In view of his ambitions, he headed to Beirut to continue his studies at the Faculty of Sharia, from which he obtained in 1963 the Sharia Secondary School.

Because of his scientific excellence, he received a grant from the Ulama Endowment to continue his studies at Al-Azhar Al-Sharif in Cairo, from which he obtained   a Bachelor in Islamic Studies in 1967.

Due to his diligence and scientific ambition, he obtained a master’s degree in comparative jurisprudence from Al-Azhar Al-Sharif in 1969.

And he, may God have mercy on him, aspired to obtain a doctorate from Al-Azhar  but circumstances did not allow him at that time, so he returned to Beirut in 1972, enjoying Sharia and jurisprudence sciences at a high level. And it was only years until his name, his knowledge and his work became clear, so His Eminence, the martyr, the Mufti of the Lebanese Republic, Sheikh Hassan Khaled, chose him as a member of the Supreme Islamic Sharia Council.

Given the importance of his ideas and knowledge, he contributed to the establishment of Azhar Lebanon in Beirut and was appointed as its president.

In view of the excellence and knowledge of Sheikh Khalil Al-Mays, he was appointed in 1985 as Mufti of Zahle and the Bekaa and saw that the Bekaa region to build the moderate Azhar institutions to promote Islamic universal moral values: moderation, cooperation and mutual respect. His Eminence contributed to laying solid foundations for Azhar Bekaa, so he worked to develop and advance it, turning into a giant Azhar educational institution in the Bekaa to serve Muslim children in the Bekaa, Lebanon and the Islamic world, especially after the opening of the University of Azhar Bekaa in 2013.

In fact, His Eminence’s name has emerged and shone in the scientific community in Lebanon and in the Arab and Islamic worlds. Therefore, he became a member of the Islamic Fiqh Academy of the Organization of the Islamic Conference in Jeddah, and he enriched this council with his jurisprudence and legal sciences.

He was a professor supervising master’s theses and doctoral theses in various religious and legal universities, as an Islamic jurisprudential reference of the first degree.

During his stay for many years in the guarded Beirut, he married a lady  form  the well known and respected Beirutis family.

Thanks to his knowledge and manners, the Beirutis loved him and everyone knew him loved him. His Eminence was the king of religious and patriotic pulpits and his sermons provides the best evidence his faithm wisdom, inclusiveness and moderation,  pacification, and  his Eminence was a school of coexistence.

May God have mercy on the uprights, the Mufti Sheikh Khalil Al-Mays, the son-in-law of  the Beirutist, their lover, and their great scholar.

I have known His Eminence as a brother and a colleague through our membership in the Supreme Islamic Sharia Council for a period of six years from 2000-2006.

We have cooperated together with the excellent scholars and also worked with His Eminence, the Grand Mufti Sheikh Dr. Muhammad Rashid Qabbani, for the renaissance and progress of Muslims in Lebanon, by presenting and studying many projects that guarantee the advancement of the Islamic Endowment in Lebanon and the religious, social, economic and educational advancement of Lebanon.

His Eminence, the Grand Mufti Sheikh Khalil Al-Mays made great contribution to the religious, scientific, social, and jurisprudential value, not only in Lebanon, but also in the Arab and Islamic worlds.

In addition, His Eminence was a man of institutions who believed in building Islamic institutions away from personalization, individualism and exclusivity and   furthermore, he was far  from   the Hereditary system of powers.

In view of the trust given to him by the Islamic community, the Endowment for Charity and Charity in Beirut offered him a plot of land in the Bekaa to be allocated to the institutions of Al-Azhar Al-Beqaa and the Sunni Islamic Endowments.

May God have mercy on the honorable brother, His Eminence, the Grand Mufti of Zahle and Bekaa, Sheikh Khalil Al-Mays, and grant him the gardens of bliss, and inspire us all patience and solace.

He left, may God have mercy on him, abundant knowledge, many principles, and abundant Islamic charitable endowments. He left very important secondary and university educational and educational institutions for us.

Here it is true as The Messenger of Allah (ﷺ) said, “When a man dies, his deeds come to an end except for three things: Sadaqah Jariyah (ceaseless charity); a knowledge which is beneficial, or a virtuous descendant who prays for him (for the deceased).” [Muslim]…. The Messenger of God spoke the truth.

The truth is that our venerable scholar, may God have mercy on him, not only left the three, but left hundreds of good deeds and ongoing charity, sons and students, who pray for him tomorrow and early, as he left his giant Islamic institutions in the Bekaa, all of which are the best testimony to the continuation of these good deeds and charity, useful science and beneficial literature.

May God have mercy on our venerable world and dwell in the gardens of bliss.