Umar ibn Wasil al-Basri that Sahl al-Tustari said: “My uncle once told me: `Remember Allah Who created you.’ I said: `How should I remember him?’ He replied: `Say in your heart, whenever you are alone at night, three times, without moving your tongue: Allah is with me; Allah is looking at me; Allah is watching me.”

This became his lifelong devotion. He memorized the Qur’an by the age of seven…
Providing children with Islamic education and raising them up as good practicing Muslims are essential duties of parenthood. Rightfully fulfilling these duties will lead to the Pleasure of Allah and good for the parents and the child in this life and the Hereafter. However, ignoring these duties would lead to the destruction of the child’s Hereafter and the Wrath of Allah will befall the parents for not protecting their child from the traps of Shaytan and allowing him to choose the path of destruction.

Allah says in the Qur’aan: “O you who believe! Save yourselves and your family from a fire whose Fuel are men and stones.” [Soorah at-Tahreem (66): 6].

One of the ways of protecting your children from the Fire is to let him memorize the Words of Allah.  Uqbah bin Aamer narrated: The Prophet (sallallahu alaihi wa-sallam) said: “If the Qur’aan is gathered in Hide skin   (scholars says: i.e. referring to the one who memorizes the Holy Qur’aan and acts upon it),  Allah will not burn him with the Fire.” [Authentic Hadith]

“Teaching the children the Qur’aan is a fundamental from the fundamentals of Islam. By it the child will grow upon the Fitrah (natural Islamic monotheism) and the lights of wisdom will rush to their hearts before the desires are able to settle in them and darken them with the cloudiness of disobedience and misguidance,” said al-Haafidh as-Suyootee.

;”>This is because the child from the early age will be protected from the temptations of the world and whispers of the Shaytan, he will live and grow up among the gathering of Dhikr (remembrance of Allah) where tranquility and the mercy of Allah of descends, and as a result Allah will preserve his Fitrah (natural inclination of Islamic Monotheism)

The Prophet (sallallahu alaihi wa-sallam) said: “No people gather in a house of the houses of iyetdailynews com/images/galerithalt=”Pictures: World Observing Ramadan” width=”300″ height=”200″ />Allah (i.e. masjids) reciting the Book of Allah and studying it among themselves, except that the tranquility descends upon them, and Allah mentions them to those who are with Him (the lofty gathering of Angels).” [Saheeh Muslim]

span style=”color: #008000;”>Your child will be given a position in Paradise according to the number of verses he memorizes from the Book of Allah, it will be said to him on the Day of Judgment as the Prophet (sallallahu alaihi wa-sallam) said: “‘Read, ascend and recite with slow, rhythmic chanting just as you used to recite in the worldly life. For verily, your position (in Paradise) will be at the place of the last verse that you recite.” [Abu Dawood and at-Tirmidhee]<
Every time your child goes to the Masjid to learn the Qur’aan he will have the reward of a perfect Hajj. Abu Umamah Al Bahili narrated: The Prophet (sallallahu alaihi wa-sallam) said: “Whoever goes to the Masjid in the morning having no intention except to learn something good or teach it he will have the reward like the person who performs Hajj.” [Authentic Hadith]<

The Prophet (sallallahu alaihi wa-sallam) said to Abu Dharr (radhi allahu anhu), “O Abu Dharr! That you set out in the morning and learn one verse from the Book of Allah is better for you than if you prayed one hundred Raka’ahs (units of prayer).” [Ibn Majah]

The Prophet (sallallahu alaihi wa-sallam) said: “Whoever recites the Qur’aan, learns it and acts upon it will be given a crown of light to wear on the Day of Judgment and its light will be like the light of the sun.” [(Saheeh) al-Hakim]

So, why not encourage our children to memorize the Qur’aan and make them one of the best individuals of this Ummah. Allah’s Messenger (sallallahu alaihi wa-sallam) said: “The best of you are those who learn the Qur’aan and teach it.” [Saheeh al-Bukharee]

Allah, the Exalted, has also promised abundant rewards for those parents who guide their children to memorize the Qur’aan. The Prophet (sallallahu alaihi wa-sallam) said: “Whoever recites the Qur’aan, learns it and acts according to it will be given a crown of light to wear on the Day of Judgment whose light will be like the sun. His parents will be clothed in two garments that did not exist in this worldly life. So they will say, ‘What has caused us to be clothed (in these garments)?’ It will be said, ‘Your child taking hold of (i.e. memorizing) the Qur’aan has caused this.'” [Al-Hakim graded it authentic]

When the parents leave a righteous child behind them, the child will be a source of reward and blessing for them after their death, for Allah’s Messenger (sallallahu alaihi wa-sallam) said: “When a man dies, all his good deeds come to an end, except for three cases; the charity of continuous blessings, beneficial knowledge which he leaves behind and a righteous child who prays for him.” [Saheeh Muslim] 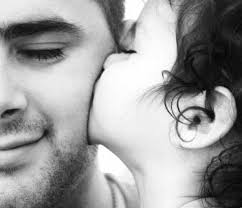 The parents will also receive equal amount of reward that the child receives by memorizing or reciting the Qur’aan, for the parents guide him to this good act and instill in his heart the love for Islam, and the love for the Book of Allah.

The parents should also send those children who are intelligent and bright to learn the Qur’aan and Islamic education. It should not be that only those children who when are unsuccessful in worldly studies are sent to Madrasas for religious studies. The parents should realize the importance of Islamic education for their children and raising well-educated Muslims who would in the future work for the Cause of Islam.

The Prophet (sallallahu alaihi wa-sallam) said: “The example of guidance and knowledge with which, Allah has sent me is like abundant rain falling on the earth, some of which was fertile soil, absorbed rain water and brought forth vegetation and grass in abundance. (And) another portion of it was hard and held the rainwater and Allah benefited the people with it and they utilized it for drinking, making their animals drink from it and for irrigation of the land for cultivation. (And) a portion of it was barren which could neither hold the water nor bring forth vegetation (then that land gave no benefits). The first is the example of the person who comprehends Allah’s religion and gets benefit (from the knowledge), which Allah has revealed through me (the Prophet) and learns and then teaches others. The last example is that of a person who does not care for it and does not take Allah’s guidance revealed through me (He is like that barren land.)” [Saheeh al-Bukharee v.1 no.79]

Those parents who give the excuse that their child is weak or does not have good memory or ‘he is not gifted’, should know that Allah has said in the Qur’aan: “And indeed we have made the Qur’aan easy to remember.” [Soorah al-Qamar (54): 17] and the Messenger of Allah (sallallahu alaihi wa-sallam) said: “Whoever treads on a path in search of Islamic knowledge, Allah will ease the way to Paradise for him. The Angels will lower their wings, pleased with this seeker of knowledge, and everyone in the heavens and on earth will ask forgiveness for the knowledgeable person, even the fish in the deepest of waters will ask for his forgiveness.” [(Saheeh) Abu Dawood]

will suffice your child for it will accustom him to frequent the places of worship rather than visiting evil gatherings. Your child will find good companions which will protect him from deviating and adopting evil habits and practices. Allah says: “And keep yourself patiently with those who call on their Lord, morning and afternoon, seeking His Face and let not your eyes overlook them, desiring the pomp and glitter of the life of the world; and obey not him whose hearts We have made heedless of Our Remembrance, one who follows his own lust and whose affairs (deeds) have been lost.” [Soorah al-Kahf (18): 28]