As-Salaamu Alaikum dear  and  beloved community, The Holy day of Al-Odha is here and with its sacredness, we remember the infinite bounties of Allah upon us and His guidance. We remember the sacredness of our pact with Allah we gave…

END_OF_DOCUMENT_TOKEN_TO_BE_REPLACED

Ramadan Mubaraak My Dear Community, As-Salaam ‘AlaikumwaRahmatullah, Here is the special gift of Allah coming back. Here is the Month of Ramadan carrying to us, the blessings of Allaahsubhanah, inviting to reform and rebuild our heart, mind and body with…

END_OF_DOCUMENT_TOKEN_TO_BE_REPLACED

George Washington and his Letter to the Jews of Newport     The original of Washington’s Letter to the Hebrew Congregations of Newport, Rhode Island is small in size, but its impact on American life is immense. In 340 well-chosen words, the Letter reassures those who had fled religious tyranny that life in their new nation would be different, that religious “toleration” would give way to religious liberty,…more:  tourosynagogue.org 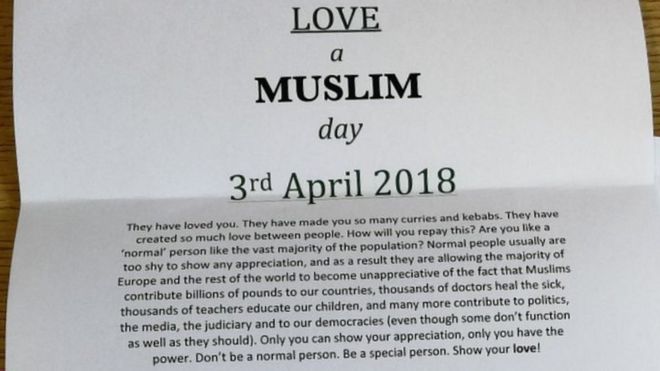 The man who created a ‘Love a Muslim Day’ list in response to letters promoting hateful acts hopes his idea will “bring people together”.

It was sparked by reports that ‘Punish a Muslim Day’ letters had been sent out in several cities, calling on people to verbally and physically attack Muslims……more:  bbc.com

An 11-year-old girl from Massachusetts got a special call on Wednesday, two years after she

had penned a curious letter to President Barack Obama asking why women weren’t the face of any “dollars/coins.”…

“Just called Sofia to let her know her wish came true. Harriet Tubman will be on the face of the $20 bill!” she continued. The mother of the Cambridge, Mass., girl told WHDH-TV that the special call was the “greatest birthday present ever.” It was announced hours earlier that the famous African-American abolitionist would kick Andrew Jackson off the bill….more”:  nydailynews

n the wake of terrorist attacks in Paris and San Bernardino, California, Muslims in the United States have experienced

increasing hostility in backlash. Now, 24,000 people from a variety of different regions have signed an open letter of “radical love” to protect the Muslim-American community from such backlash. Some 7,000 clergy members were also signatories.

The letter, which was the brainchild of organizers at Auburn Theological Seminary, was delivered by hand Thursday to Muslim leaders at the Muslim Community Network in New York City, the Huffington Post reported. The Rev. Jacqui Lewis of New York City’s Middle Collegiate Church was chosen to present the letter, which she said was necessary during this “singular moment in time.”…more:  .ibtimes

They say you can only take a horse to the water, you can’t make it drink. But human beings are not horses.  Unlike animals, they can be reasoned with. I offer these few remarks in the faint hope you are amenable to reason.
It is about your recent speech to the Alliance of Patriots in New York. In which you paint an apocalyptic picture of ‘the Islamization of Europe’. You describe some European cities with Muslim neighbourhoods in lurid terms…more  /tari.

In 628 C.E. Prophet Muhammad (s) granted a Charter of Privileges to the monks of St. Catherine Monastery in Mt. Sinai. It consisted of several clauses covering all aspects of human rights including such topics as the protection of Christians, freedom of worship and movement, freedom to appoint their own judges More