How music can change the way you feel and act…more: CNN. Also: Researchers Find Rock Music Is the Best for Transmitting Hidden Data….more: observer.com  – “…Paul McCartney had died (the song ‘Revolution 9’ supposedly included the phrase “turn me on, dead man” ….more: backmasking-demonic 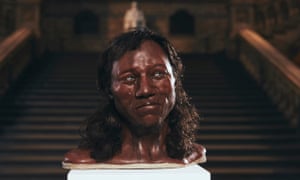 The Muslim presence in America dates back to the 1600s and the forced transfer of Africans as slaves. Approximately a third of all slaves brought to the what would become the United States were Muslim, and they brought not only their regional cultures with them, but their religion as well. Current research suggests that the expression of West African music, influenced by the Arabic basis of Islamic liturgy, has a deep and abiding impact on American musical culture. …more: asiasociety

Exploring Islam’s contribution to public health has been an astounding journey for me.

Working across the Middle East, Africa, and South Asia in Muslim majority countries, I’m amazed at not only the history of Islamic theology in contributing to our modern day understanding of public health, but also its potential to improve its practice. Yet, what is puzzling is that very little attention is given to the relationship between Islam and public health, especially… more: huffingtonpost

Think of the origins of that staple of modern life, the cup of coffee, and Italy often springs to mind. But in fact, Yemen is where the ubiquitous brew has its true origins. Along with the first university, and even the toothbrush, it is among surprising Muslim inventions that have shaped the world we live in today.The origins of these fundamental ideas and objects — the basis of everything from the bicycle to musica….more: CNN.COM
Page 1 of 2
1 2 »